The EF35mm f/1.4L II USM was designed to deliver reliable performance even in harsh shooting conditions. The internal mechanical structure of the lens barrel was modified to achieve high durability along with vibration and shock resistance, while the mount, switches and focusing ring feature dust- and water-resistant construction. Additionally, the front and rear lens elements of the lens employ a fluorine coating that is highly oil- and water-repellent, enabling any oil smears or water droplets on the lens to be wiped off quickly and easily using a soft dry cloth. 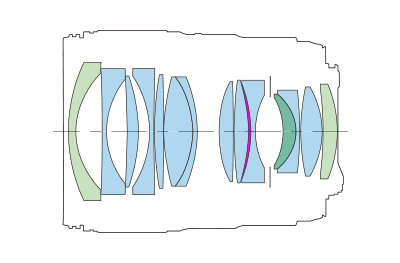