The lens facilitates macro shooting with a maximum magnification1 of just 0.5x, allowing users to get up close to such objects as flowers and capture fine textures and details difficult to perceive with the naked eye. What’s more, the wide f/1.8 aperture makes possible beautiful bokeh effects.

Thanks to Canon’s latest microprocessor, the RF35mm F1.8 MACRO IS STM achieves 5 stops2 of image stabilization—the most ever achieved by any Canon lens. This improved IS performance is made possible by faster communication between the lens and camera.

What’s more, the lens also supports Dual Sensing IS, which applies stabilization to correct large, low-frequency vibration caused by body movement when shooting stills. Video capture utilizes Combination IS, a feature in which the optical IS of the lens works together with the electronic IS of the camera body to produce a superior image stabilization effect. The lens also corrects hand shake with high precision during macro photography using Hybrid IS. 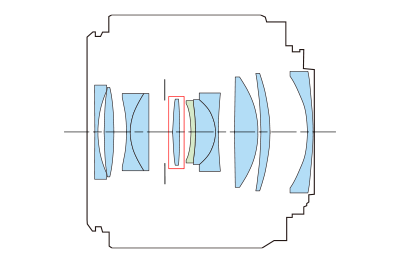