TOKYO, February 16, 2011—Canon Inc. announced today that, from April 12 to 17, 2011, the company will again participate in the Milano Salone, one of the world's largest design festivals, held annually in Milan, Italy. 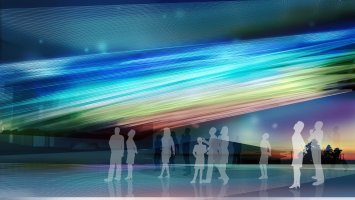 Artist's conception of this year's Canon exhibition at Milano Salone

Entering its 50th year, the Milano Salone has been held every April since 1961 as a forum for leading-edge designers and companies to promote the appeal of their latest brands and designs to others in the field and media from around the globe. Last year's festival, which featured 1,326* exhibiting companies and organizations, recorded an attendance of approximately 298,000 visitors.

Over the three consecutive years since 2008, Canon has exhibited at the Milano Salone under the theme NEOREAL, signifying "a new world of sensibilities." To mark Milano Salone's 50th anniversary, this year Canon will target the further pursuit of new possibilities under the theme NEOREAL WONDER, presenting a world of imaging expression in which lightness and innovation coexist.

Overview of this year's Canon exhibition

This year's exhibition combines the talents of two teams of cutting-edge designers. In the main space (approx. 320 m2), under the theme "Light Loom," the architectural team TORAFU ARCHITECTS will create a three-dimensional screen realized through countless strands of leveling cord (width: 0.5 mm/length: 16 m). On this screen, under the theme "Circle of Light," will be projected images produced by the visual design studio WOW comprising the expressions of multi-colored light.

From input to output, this year's exhibition is made possible through the use of Canon digital imaging technology. Approximately 20 Canon projectors, including the WUX10 MarkII, incorporating the company's LCOS (Liquid Crystal On Silicon) technology, will project images from multiple locations throughout the space. The images that will be projected were created using such devices as the EOS 5D digital SLR camera and the new iVIS HF M41 digital video camcorder, equipped with the same high-performance CMOS image sensor used in the company's professional-use camcorder. 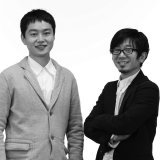 Founded by Koichi Suzuno and Shinya Kamuro in 2004, TORAFU ARCHITECTS employ an approach based on architectural thinking. The duo, whose work spans a diverse range of projects, from architectural design to interior design for shops, exhibition space design, product design, spatial installations, and movie making, have been recognized with various awards, including Design for Asia Award 2005, the JCD Design Award 2007 Gold Award, and the Commercial Space Award 2007 Grand Prize.
http://www.torafu.com/ 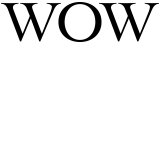 Established in 1997, WOW is a visual design studio based in Tokyo, Sendai (Japan) and Florence. Members take part in a wide field of design, from advertising and commercial projects to installation works for exhibition spaces, as well as inventing new user interface designs for prominent name brands. They are also very passionate about creating original artwork, holding exhibitions not only in Japan, but also internationally. WOW's artists and designers are continuously discovering the tremendous possibilities of visual design, with the designs that prove useful to society bringing out the best of each member's talents.
http://www.w0w.co.jp/