TOKYO, December 10, 2012—Canon announced today that the company's A3 multifunction office systems, comprising the imageRUNNER ADVANCE and imageRUNNER series, has been recognized by Buyers Laboratory LLC (BLI) for outstanding environmental performance with BLI's first-ever Line of the Year award for energy efficiency. BLI, the world's leading independent tester of document imaging products, selected Canon's imageRUNNER ADVANCE and imageRUNNER A3 line for consistently achieving levels of energy consumption that were significantly lower than the industry average.

Subjected to BLI's rigorous real-world environmental job stream testing, the tested Canon machines* realized energy consumption rates that ranged from 37% to as much as 62% below the industry's competitive averages.

Additionally, Canon's imageRUNNER ADVANCE and imageRUNNER lineup was praised for offering a range of features that allow users to reduce their overall impact on the environment based on the way they use the devices. These features include a Toner Saving Mode enabling reduced toner consumption, and a Quick Startup Mode that lets users fax or scan documents before the machine has fully warmed up.

While Canon has been the recipient of numerous BLI awards in the past for a range of office imaging products in a variety of categories, the Line of the Year award for energy efficiency presented to the imageRUNNER ADVANCE and imageRUNNER machines marks the first time that an entire lineup of Canon products has been recognized with an award for environmental performance.

Encouraged by the recognition of the high energy efficiency realized by its multifunction office system series, Canon will continue striving to achieve even higher levels of performance in its products. 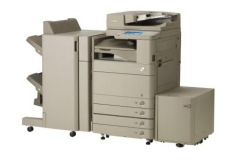 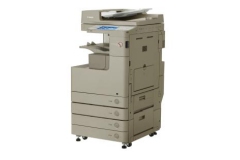