Canon to sponsor four years of the IAAF World Athletics Series, beginning in 2013 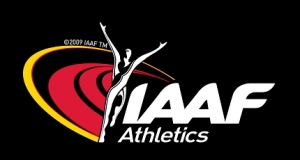 Boasting a rich history, the IAAF held its inaugural World Championships in 1983 in Helsinki, Finland, making next year's event in Moscow the 14th to date. The Canon Group, which has long focused on promoting sports, decided to sponsor the championships based on shared goals with the IAAF, which celebrates its 100th anniversary this year, of "contributing to the promotion and development of athletics worldwide and its values of universality and excellence."

At numerous sporting competitions both in Japan and overseas, Canon has provided behind-the-scenes support to members of the press covering these events, including camera and lens maintenance services and product loans. To further improve on-site media support at each Canon-sponsored IAAF competition, the company will establish a camera service center at each event to assist the numerous journalists and sports photographers from various countries and regions across the world.

Through the use of Canon products and technologies, the Canon Group will continue contributing to the advancement of sports.