TOKYO, November 21, 2012—Canon Inc. announced today that the company will sponsor four of the International Skating Union's most prestigious figure skating competitions, spanning the 2012-2013 and 2013-2014 seasons. 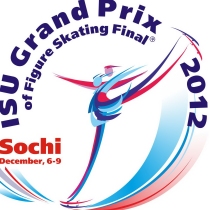 At numerous sporting competitions both in Japan and overseas, Canon has provided behind-the-scenes support to members of the press covering these events, including camera and lens maintenance services and product loans. To further improve on-site media support at all eight Canon-sponsored competitions spanning the two seasons, the company is planning to establish a camera service center at each event to assist the numerous journalists and sports photographers from various countries and regions across the world.

Through the use of Canon products and technologies, the company will continue contributing to the advancement of sports.