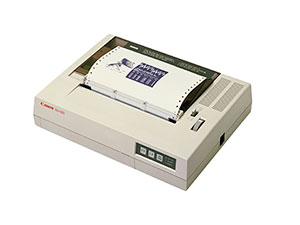 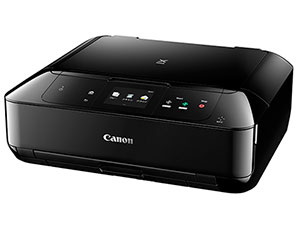 In the mid-1970s, Canon researchers carried out research and development into the wide range of possibilities offered by inkjet technology. In an experiment conducted during that time, the tip of a soldering iron came into contact with a syringe needle containing ink, causing ink droplets to spurt out of the tip of the needle. This incident led to various experiments and tests which, in turn, resulted in the creation of Canon's proprietary inkjet technology that uses the heat from a heater to eject ink droplets. In October 1977, the Company submitted a basic patent application for the world's first thermal inkjet (Bubble Jet) technology, laying the foundation for future inkjet printer development.

Thanks to numerous technological advancements following the submission of the basic patent application, in 1985, Canon launched the world's first inkjet printer to employ Bubble Jet technology: the BJ-80. Furthermore, in 1990, the Company introduced the notebook-size BJ-10v inkjet printer, which combined an ink tank and print head into a single ultra-compact ink cartridge, and in 1994, launched the BJC-600J, the world's first consumer-model inkjet printer to enable full-color output on plain paper. In the same year, Canon's Bubble Jet printing system was recognized in Japan with the prestigious Imperial Invention Prize at the National Commendation for Invention* awards ceremony.

Through the continued pursuit of further innovation, in 1999, Canon launched the BJ F850, the Company's first printer to incorporate FINE (Full-photolithography Inkjet Nozzle Engineering) print head technology to achieve high-quality photo prints. And to this day the Company is working to further enhance its FINE print head technology. In 2001, Canon debuted the PIXUS brand (PIXMA in other regions), which the Company continues to use for its current inkjet printer lineup, and in 2004, the PIXUS series further evolved, featuring body designs that complement a variety of interior environments and continues to be implemented to this day. This evolution helped to open up new possibilities for printers which, until that time, were generally perceived as simply PC peripheral equipment. In this way, Canon is further enhancing its PIXUS series not only on the design front, but also in terms of functionality by offering models featuring wireless printing capabilities, connectivity with cloud-based services and other advancements to match the evolving lifestyles of users.