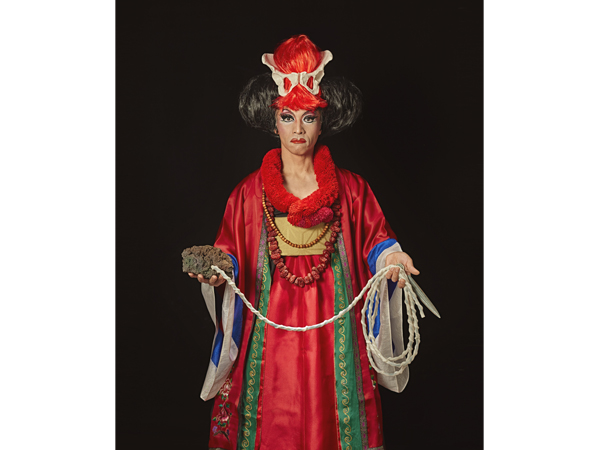 The New Cosmos of Photography accepted entries for the 2016 competition from April 20 to June 15. In addition to conventional photo prints, the range of eligible entries was expanded last year to include online digital works (stills and videos), attracting a record 1,723 submissions from individuals and groups both inside and outside Japan. From those entrants seven Excellence Award winners and 14 Honorable Mention Award winners were selected by the Excellence Award Selection Committee. The Excellence Award winners, as Grand Prize candidates, attended a public meeting of the Grand Prize selection committee held on November 11. Each candidate gave a presentation and faced questioning by the selection committee, after which the committee convened and chose Ms. Kim as the Grand Prize winner.

In addition to ¥1 million (approx. US$ 9,550) in prize money, Ms. Kim was awarded a Canon EOS 5D Mark IV and EF24-105mm f/4L IS II USM lens kit and the right to hold an exhibit of new work at the New Cosmos of Photography 2017 Tokyo Exhibition to be held in fall of next year. Details of the Grand Prize public selection committee meeting will be made available on the New Cosmos of Photography website in mid-January 2017.

The New Cosmos of Photography is Canon’s cultural support project to discover, nurture, and support new photographers who pursue new possibilities in creative photographic expression. The annual contest, launched in 1991, has been open to the public regardless of the age or nationality of entrants or the number or format of entered works. As such, the contest encourages the creation of original works that push the boundaries of photography’s potential and systematically assists and nurtures award winners through exhibitions and published collections of their winning works as well as through publicity on the New Cosmos of Photography website. To date, the New Cosmos of Photography contest has accepted 25,701 entries from both individuals and groups, and has turned out a great number of outstanding photographers who are enjoying widespread success around the world. As a result, the contest has come to be regarded today as a gateway to success for new photographers. 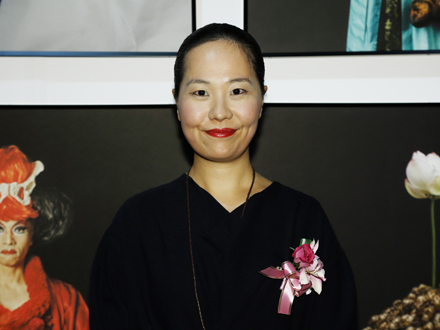 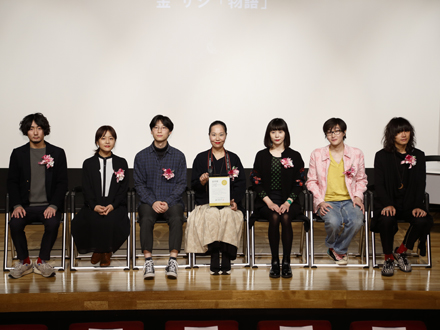 On the concept of her submission, Ms. Kim said, " 'Where am I from?' I asked myself. As a Korean residing in Japan, I didn’t know. From there, I started searching for my identity in the traditions of my people. In doing that, I didn’t expect to find any new answers, but instead discover 'something' I already knew. This 'something' is all of the connections in me that give rise to a story."

After receiving the award, Ms. Kim revealed, "The work that I submitted this time is a concept I have been planning for ten years, so it was slow to take shape. It’s a work where I was able to face my true feelings upfront, without lying to myself. I’m happy that those feelings were carried through in my submission. I’d like to thank the people who looked at my work, and all the people who have been cheering me on until now."

At a public meeting of the Grand Prize selection committee, Ms. Kim was chosen as the Grand Prize winner. The following is a comment from Mr. Osamu James Nakagawa, a member of the selection committee who selected Ms. Kim’s work at the Excellence Award selection stage: "This time Ms. Kim’s selection for the Grand Prize was unanimous. With this entry she was clearly able to show us what lies at the core of why she makes art. It really conveys what it’s like to look at things from an 'in-between' point of view. I want her to continue producing excellent work that shines a light on Japan’s minority problem."