TOKYO, January 19, 2017—Canon Inc. announced today that the Company has renewed its contract and become the first company to serve as an official sponsor for Rugby World Cup 2019 in Japan, which will take place in twelve cities and prefectures1 across the country from September 20 to November 2, 2019. 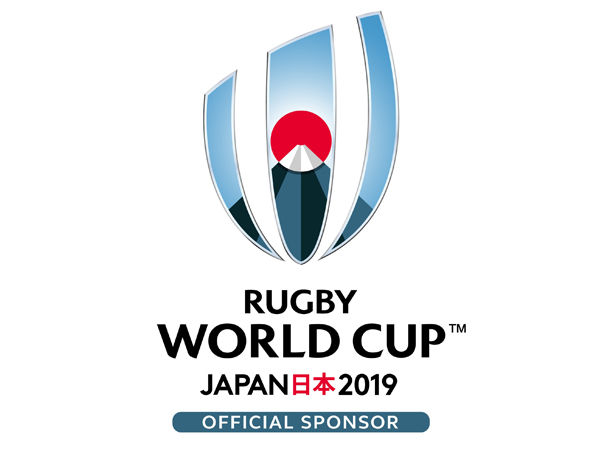 Hosted every four years, Rugby World Cup is one of the world's most prestigious sporting events with the world's top 20 national teams competing across 48 matches to win the ultimate prize in the sport, the Webb Ellis Cup.

Japan 2019 will be the event's ninth edition and the first in Asia. The 2015 Tournament, which was hosted in England, was the best attended with 2.48 million fans, the most viewed with record broadcast, digital and social coverage in more than 207 nations2.

As with other sporting competitions in the past, both in Japan and overseas, Canon will provide behind-the-scenes support to members of the press covering the Rugby World Cup 2019 Tournament, including camera and lens maintenance services and product loans, to enable the best possible capture of the top-class athletes competing at the zenith of their sport. The Canon Group will also provide print and copying solutions used by the Tournament Organizing Committee, supporting the event by facilitating the printout of handout materials and the streamlining of document workflows.

Canon Inc. Chairman & CEO Fujio Mitarai said, "Following on from Rugby World Cup 2015 in England, Canon is delighted to continue backing the tournament, which will take place in Asia for the first time, as an official sponsor of Rugby World Cup 2019 in Japan. In addition to supporting professional photographers and news media from Japan and overseas as they capture the intense action of the world's top teams facing off in peak condition; Canon, working together with World Rugby, the organizing committee, relevant authorities, local government and other corporate sponsors, will do the utmost to support Rugby World Cup 2019 throughout Japan."

World Rugby Chairman Bill Beaumont said, "We are delighted to be extending our relationship with Canon as a Rugby World Cup 2019 official sponsor. Canon is an important supporter of rugby in Japan, an innovator in its field and a perfect match for our premier event."

"This exciting relationship underscores the significant global appeal of the first Rugby World Cup in Asia and we look forward to working in partnership with Canon to extend the reach and impact of the sport in Japan, across Asia and around the globe."

About Rugby World Cup: Rugby World Cup 2019 in Japan is the ninth edition of rugby's showcase global event and the first in Asia. The world's top 20 national teams will play in 48 matches hosted across 12 match cities for the right to lift the iconic Webb Ellis Cup and be crowned world champions. Rugby World Cup is the sport's financial engine, generating approximately 90 per cent of World Rugby's revenues for reinvestment in the global game over the four-year cycle. The record-breaking success of England 2015 is enabling World Rugby to invest £245.8 million (¥34.6 billion*) in the sport by 2020, eclipsing the previous 2013-16 £201 million (¥28.3 billion*) investment injection by 22 per cent.