TOKYO, November 5, 2018—Mr. Song-Nian Ang, for his work "Hanging Heavy On My Eyes," was declared the Grand Prize winner of Canon's New Cosmos of Photography 2018 (41st edition) photo competition at a public meeting of the Grand Prize selection committee held at the Tokyo Photographic Art Museum on Friday, November 2. 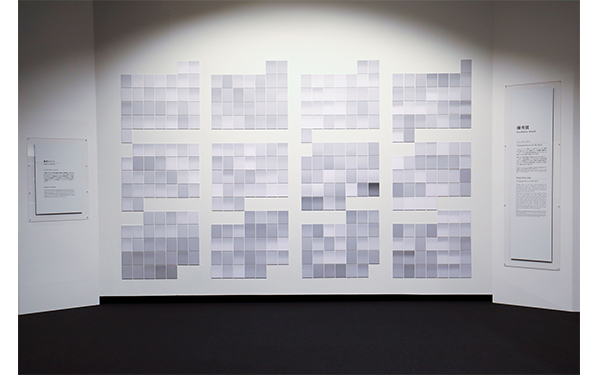 In addition to ¥1 million (approx. US$ 8,840) in prize money, Mr. Ang was awarded a Canon EOS R mirrorless camera and RF24-105mm F4 L IS USM lens (released on October 25, 2018) and the right to hold an exhibit of new work at the New Cosmos of Photography 2019 Tokyo Exhibition to be held in fall of next year. Details of the Grand Prize public selection committee meeting will be made available on the New Cosmos of Photography website.

The New Cosmos of Photography is Canon's cultural support project to discover, nurture, and support new photographers who pursue new possibilities in creative photographic expression. The annual contest, launched in 1991, has been open to the public regardless of the age or nationality of entrants or the number or format of entered works. As such, the contest encourages the creation of original works that push the boundaries of photography's potential and systematically assists and nurtures award winners through exhibitions and published collections of their winning works as well as through publicity on the New Cosmos of Photography website. To date, the New Cosmos of Photography contest has accepted 29,398 entries from both individuals and groups, and has turned out a great number of outstanding photographers who are enjoying widespread success around the world. As a result, the contest has come to be regarded today as a gateway to success for new photographers. 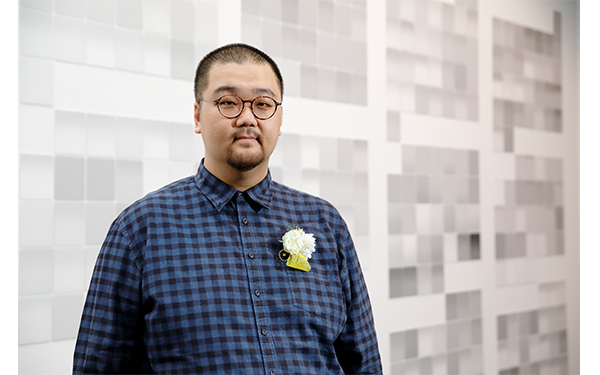 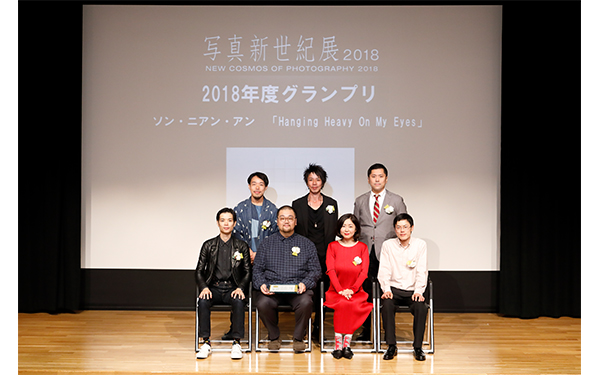 "Hanging Heavy On My Eyes documents the recurring haze situation in Singapore and its region of prolonged haze spells due to increased forest fires for palm oil plantations in neighbouring Sumatra, Indonesia, throughout the entire year of 2016.

Employing the photograph's indexical quality in literal sense, the artist translates the daily records of the Pollutant Standard Index's particulate matter 2.5 (PM2.5) from Singapore's National Environment Agency into a traditional wet dark room printing process, resulting in a range of gradated photo prints, displayed in a monthly basis arrangement. An effort to visualize the invisible is to test the limit of documentary photography against the very nature of the medium recording ability that is the indexical."

Asked about their thoughts on receiving the award, Mr. Ang said, "The quality of works selected for the final exhibition was really high, so I was quite moved that I was selected for the top prize given the stiff competition. Also, I was very humbled by the work by the other artists because of the very personal and intimate anecdotes or stories they were sharing about their personal lives. I would also like to mention the exhibition and how everything was being organized. Everything ran like clockwork and also the exhibition organizing committee, especially the team from canon, they have been very accommodating and very understanding because they know that artists have certain requirements when it comes to exhibitions."

The following is a comment from Ms. Emilia van Linden, a member of the selection committee who selected Mr. Ang's work at the Excellence Award selection stage: "I think the winner is very reflective of photography today and how artists are pushing the boundaries of the medium and stepping away from the traditional approach. It also shows how photography is becoming more a part of fine art in general and is less segregated as a medium. This is why I believe the project is a very positive reflection of how artists are exploring the frontier of the medium."