TOKYO, November 15, 2021— Naotatsu Kaku, for his work "THE LAKE," was declared the Grand Prize winner of Canon's New Cosmos of Photography 2021 (44th edition) photo competition at a public meeting of the Grand Prize selection committee held at the Tokyo Photographic Art Museum on Friday, November 12. 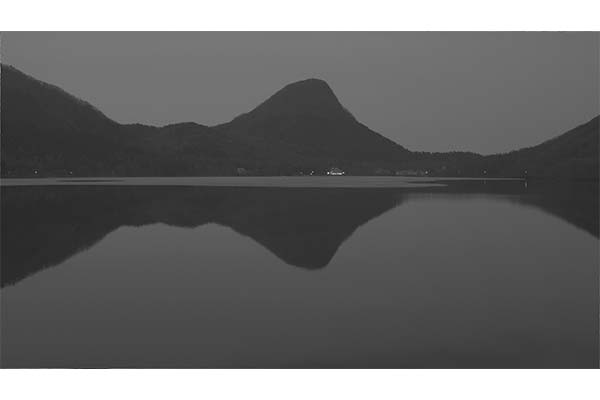 In addition to ¥1 million (approx. US $8,776) in prize money, Mr. Kaku was awarded a Canon EOS R5 mirrorless camera and RF24-70mm F2.8 L IS USM lens and the right to hold an exhibit of new work next year. Details of the Grand Prize public selection committee meeting will be made available on the New Cosmos of Photography website.

Although this is the final year of the New Cosmos of Photography, there will be a 30th anniversary retrospective held next autumn at the Tokyo Photographic Art Museum and the Canon Gallery S building (Minato Ward, Tokyo). The works displayed at the Tokyo Photographic Art Museum will be selected through popular vote from previous prize-winning works. Voting will open on the official New Cosmos of Photography homepage until May 25, 2022. 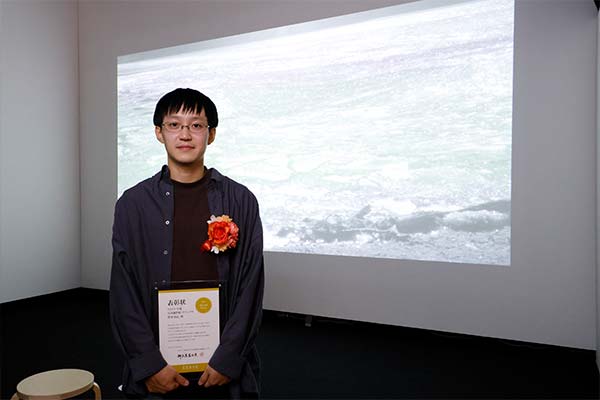 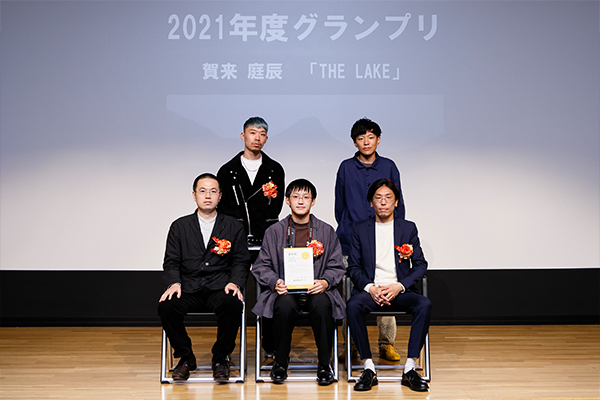 "The lake is surrounded by mountains over 1,000 meters above sea level.
I stayed in a room with a view of the lake for three months over winter, and I recorded the lake from the time it froze to the time it thawed.
Waves rise, fog swirls, and snow falls. And on nights the lake freezes, a special sound resounds through the place.
I walked around the lake countless times, sometimes casting a stone or oaring a boat.
This work can be regarded as a three-month wordless dialogue between the lake and myself."

Asked about their thoughts on receiving the award, Mr. Kaku said,
"I am delighted to receive this honor. It is thanks to the support of friends and family that I was able to win the Grand Prize, and I hope that this award can be a token of my gratitude to them. I am also extremely grateful for having won both the Excellence Award in the 2017 competition in addition to this year's Grand Prize. I was very surprised and saddened to learn that the competition will end this year. I feel that it's up to myself and other artists to give our best and strive to ensure that the New Cosmos of Photography is never forgotten. Although I am now separated from my parents, I will proudly tell them about my success today. Thank you to the selection committee and everyone who attended today's event."

The following is a comment from Mr. Minoru Shimizu, a member of the selection committee:
"A heartfelt congratulations to Mr. Kaku for winning the Grand Prize. The New Cosmos of Photography began in the age of film photography, and by the time it concluded, has expanded to become a much more broad and abstract competition that accommodates a mix of still images and video works. This transition illustrates how much the concepts and techniques of imaging have evolved. As Mr. Kaku explained, his 2017 entry was one that traced back to his origins, and his entry for this year's competition is a spectacular work of fiction for which, much like my own novels, both he and I came to similar lakefronts to heal our spiritual wounds. I felt this work displayed completely new possibilities for visual artists and photographers, and this is why I chose it for the Grand Prize."

"Something I found particularly interesting about this year's competition is that "water" was an abstract symbol that was common through so many entries. We realized just how fragile our civilization truly is and how technology cannot hope to overcome the gulf between humanity and nature. However, I believe it is also fitting for the competition's final edition that a common thread linking the entries made us confront such simple yet profound concepts as time, space and the relationship between the world and the individual."

Voting for the New Cosmos of Photography 30th Anniversary Retrospective

The 30th Anniversary Retrospective to be held next year will feature works receiving the most votes from among previous prize-winning entries (Grand Prize, Excellence Award, Honorable Mention Award).

The New Cosmos of Photography is Canon's cultural support project to discover, nurture, and support new photographers who pursue new possibilities in creative photographic expression. The annual contest, launched in 1991, has been open to the public regardless of the age or nationality of entrants or the number or format of entered works. As such, the contest encourages the creation of original works that push the boundaries of photography's potential and systematically assists and nurtures award winners through exhibitions and published collections of their winning works as well as through publicity on the New Cosmos of Photography website. To date, the New Cosmos of Photography contest has accepted 33,359 entries from both individuals and groups, and has turned out a great number of outstanding photographers who are enjoying widespread success around the world. As a result, the contest has come to be regarded today as a gateway to success for new photographers.