TOKYO, February 24, 2022—Canon Inc. will celebrate in March 2022 the 35th anniversary of the launch of the company's EOS System, which includes EOS-series interchangeable-lens cameras and a diverse range of system accessories, beginning with interchangeable EF lenses. 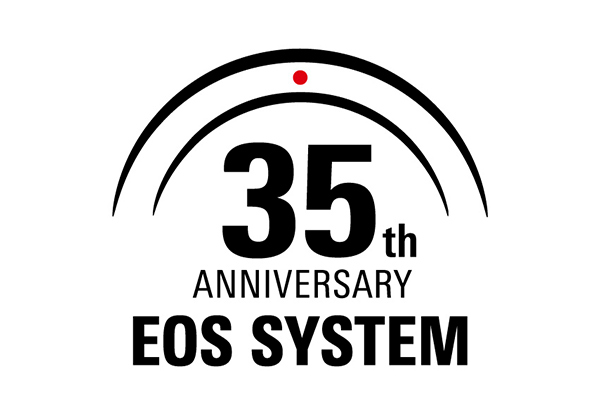 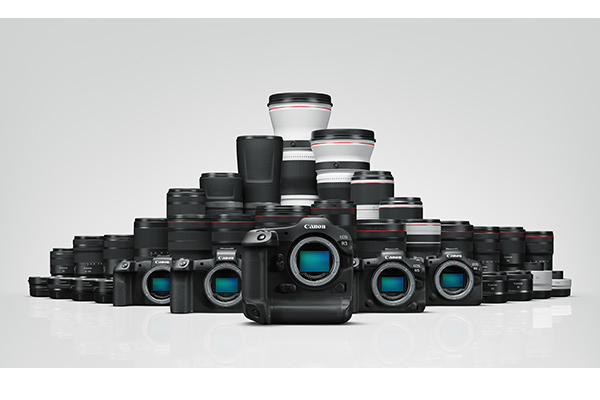 Canon's EOS System made its debut in March 1987 with the launch of the EOS 650 single-lens reflex (SLR) camera and EF lenses1. An acronym of "Electro Optical System" while also carrying the name of the Greek Goddess of the dawn, the EOS series saw first light in 1987 as the world's first fully electronic mount system, representing a new generation of AF SLR cameras.

During the film-camera era, EOS SLR cameras garnered high acclaim from a wide range of users for their innovative technologies and designs focused on Canon's key concepts of high speed and ease of use. During this period, the company launched the top-of-the-line professional model EOS-1 in 1989 and, with the introduction of the compact lightweight EOS Kiss (EOS Rebel XS and EOS 500 in other regions) in 1993, succeeded in expanding its user base.

Following the introduction of the EOS D30 in 2000, when the popularization of digital SLR cameras was in full swing, Canon developed such innovative models as the high-speed and high-image-quality professional-oriented EOS-1D (2001), the EOS Kiss Digital (2003, EOS Digital Rebel or EOS 300D in other regions) which appealed to a broad user base, and the EOS 5D Mark II (2008), which featured Full HD video recording, in an effort to offer products that fulfilled the company's new key concepts of high speed, ease of use and high image quality. In 2012, EOS video technology was transformed for the B-to-B sphere in the form of the Cinema EOS System, marking Canon's entry into the video production industry.

From there, Canon continued to serve an increasingly diverse range of users. In 2018, the EOS R System was born from Canon's desire to construct the ideal lens mount and maximize the appeal of its new RF lenses. The company followed up in 2020 with the EOS R5, the world's first digital camera to feature 8K recording2. The next year, 2021 witnessed the launch of the EOS R3, which boasts eye-control AF capability, and the EOS VR System for recording VR content.

Enabling visual expression through still photography, video, and even VR content, the EOS system expands the possibilities of visual expression with a lineup comprising a total of 21 EOS series cameras3 and 104 RF and EF lenses4. Further underwriting the company's long-running and expansive user base, Canon has maintained the world's No.1 share5 of digital interchangeable-lens cameras since 2003—a total of 18 years running.

Canon will continue to refine its diverse imaging technologies based on its core optical technology to create an even stronger EOS System that meets the needs of increasingly diverse users to promote the spread of photo and video culture.