At long last, Rugby World Cup 2019 will kick off on 20 September!
Canon is an official sponsor of Rugby World Cup 2019. Each of the 12 tournament host cities will host their own fanzones*. Among them, Canon will operate booths at Tokyo Sports Square (Tokyo Metropolitan), Chofu Station Square (Tokyo Metropolitan), Rinko Park (Kanagawa Prefecture) and Oita Ikoi no Michi Square (Oita Prefecture). 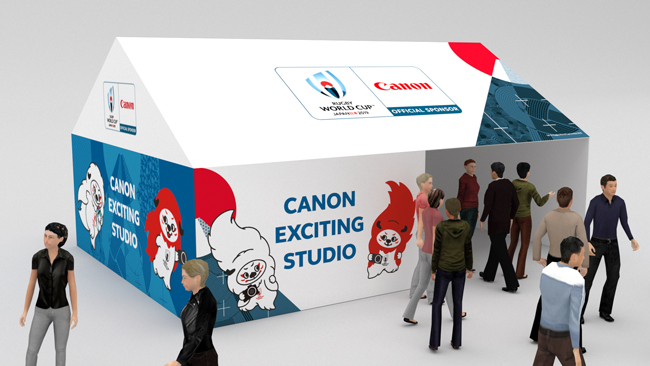 Each match venue will also feature a Canon Rugby Wall Gallery depicting the teams participating in the match. What's more, a variety of cheering goods will be available on the Canon website.

Capture memories on video and in photos!

At the Canon Exciting Studio, you can create a short video where you're a rugby star dodging tackles or scoring tries, or pose with official tournament mascot Ren-G. Then, scan the QR code and download the video to your smartphone. Canon will also print you a photo from the video footage. Both are only available here, so don't miss your chance! 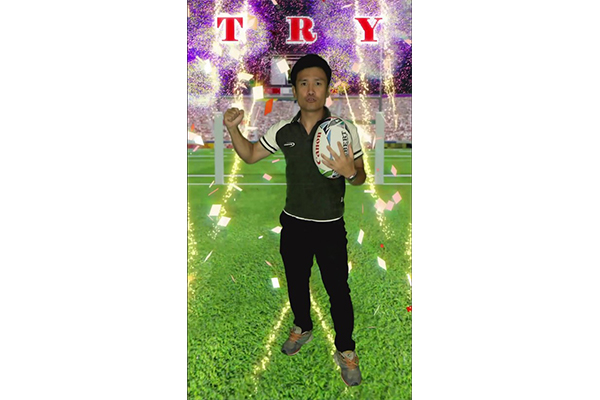 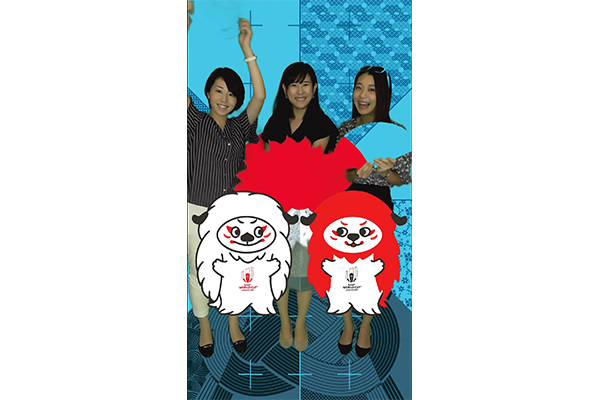 While you're enjoying the tournament atmosphere, stop by our two photo spots and take a picture for social media. You can also have your photo printed and placed in a free, limited-edition Canon photo frame. Whether you come for the rugby or a nice photo op, we hope to see you here!

A photo from the Canon booth 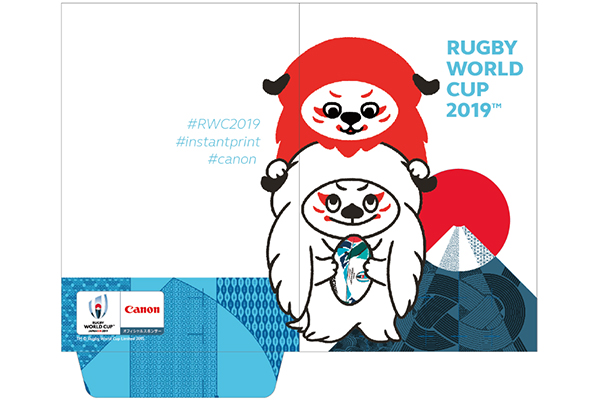 Take a photo at the Canon Rugby Wall Gallery

Leading up to the tournament, Canon has installed these displays in host cities and other locations throughout Japan. During the tournament period, Canon will also install displays at each of the 12 match venues. At quarter-final, semi-final and the final match venues, the displays will also be updated to feature the teams who've advanced. 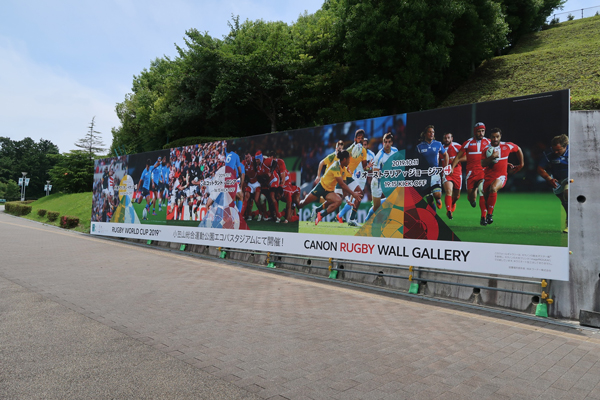 One of the wall galleries on display

Canon has released nail sticker designs for all twenty teams competing in Rugby World Cup 2019. With three different designs for each of the twenty competing teams, you can arrive at the stadium in style, or show your support while cheering from home or at one of the team practice camps.
https://www.canon-europe.com/printers/inkjet/pixma/photo-paper/printable_nail_stickers_nl-101/
(Rugby World Cup 2019 designs available until the end of December 2019)

Print a variety of cheering goods including fans, megaphones and banners. You can also print paper craft designs for official tournament mascot Ren-G.
* This content is no longer available. 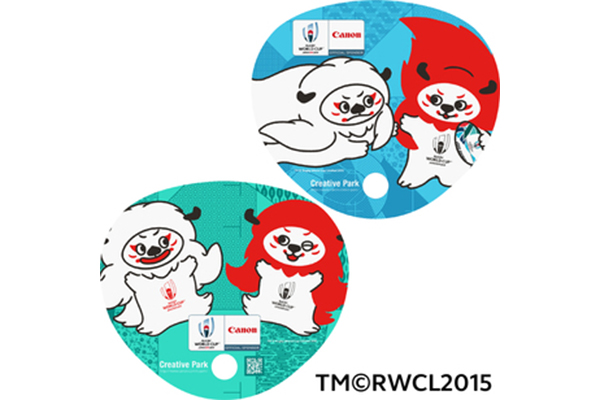