TOKYO, November 7, 2019—Canon Inc. and Canon Optron, Inc. announced today that this year marks the 50th anniversary of the release of the world's first lens for interchangeable-lens cameras targeting ordinary consumers to employ synthetic fluorite, the FL-F300mm f/5.6 (released in May 1969). Besides lenses for interchangeable-lens cameras, synthetic fluorite is also used in a wide-range of optical products, including broadcast lenses and astronomical telescope lenses. 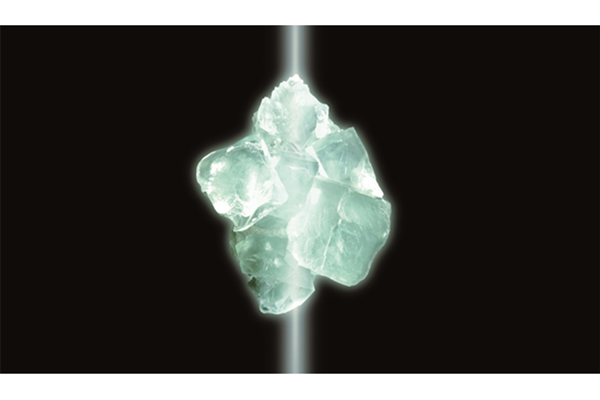 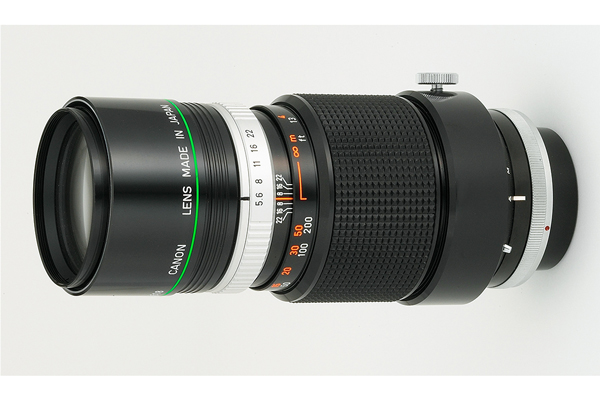 It has long been known that when combined with optical glass, fluorite, the mineral form of calcium fluoride (CaF2), can correct for chromatic aberration in a manner that is close to ideal. However, naturally occurring fluorite crystals are too small to be of practical use in photographic lenses. In order to realize vivid, subtle rendering not possible with typical optical glass, Canon turned its attention towards effectively harnessing fluorite early on; commencing the Canon F Plan in August 1966 with the aim of developing a high-performance lens that employed fluorite, setting in motion the company's research and development into high-performance lenses.

Around 1950, the technology to synthesize fluorite using naturally occurring fluorite crystals as the raw material was invented, paving the way for its use as an optical material. However, a vacuum environment at temperatures above 1000 degrees Celsius was required to cultivate fluoride crystals, including fluorite, and many issues had to be resolved in such areas as installation and manufacturing process in order to realize the mass production of large-size high-purity crystals.

Canon researchers, fueled by a strong desire to develop fluorite with their own hands towards developing high-performance lenses, succeeded in producing the first fluorite crystals synthesized in an electric furnace in March of 1967, and in February of 1968, established synthetic fluorite crystal production technology. At that point in time, fluorite could not be polished like typical optical glass. Canon developed non-conventional machining technology capable of polishing the delicate material, which took four times as a long. In May 1969, the FL-F300mm f/5.6, Canon's first lens for interchangeable-lens cameras to employ synthetic fluorite, was released. Since then, the use of synthetic fluorite has been one approach for Canon when designing high-performance lenses.

In December 1974, Optron Inc. (now Canon Optron) was established towards commercializing the fluorite crystal mass production technology Canon had cultivated. Canon Optron developed a variety of other optical crystal materials while refining its high-temperature vacuum technologies and temperature control technologies for the mass production of synthetic fluorite. In July 2006, Canon Optron provided 12 lenses to the Smithsonian Astrophysical Observatory, including a synthetic fluorite element with a diameter of almost 40 cm, to be applied to observing signals from over 10 billion light years away, contributing to solving the mysteries of the galaxy.

When light meets water or other transparent matter, it is refracted. Lenses are used to take advantage of this property and focus light that passes through them. However, the degree to which light is refracted depends on the color. For example, blue light, which has a short wavelength will be refracted at a steeper angle than red light, which has a long wavelength. For that reason, even light from the same source will be split by color when it passes through a lens and focused on to various different points, leading to the occurrence of color blurring known as "chromatic aberration."

Compared with optical glass, fluorite lenses have a considerably lower refraction index, low dispersion and extraordinary partial dispersion, and high transmission of infrared and ultraviolet light. Achromatic performance can be achieved by making a convex lens with fluorite, rather than optical glass, to decisively reduce secondary spectrum, causing red, blue and green light rays to almost completely converge on the same focal point to significantly reduce the occurrence of chromatic aberration. 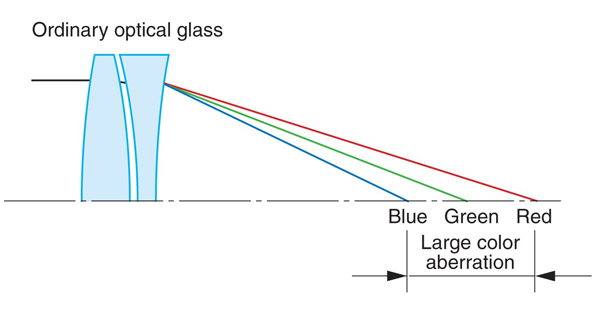 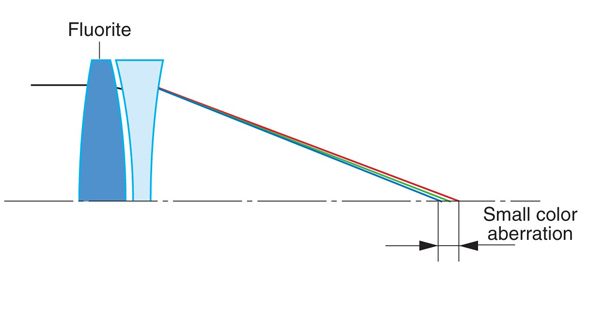 The effects of secondary spectrum are more pronounced for telephoto lenses due to their long focal lengths. To that end, Canon employs fluorite in such contemporary lenses as the EF400mm f/2.8L IS III USM and EF600mm f/4L IS III USM (both released in December 2018). This series of telephoto lenses employing fluorite has earned strong support from photographers worldwide for their subtle rendering and high contrast.

To date, Canon has released 28 EF lens models that employ fluorite lens elements, with 11 of those models still produced. (As of November 7, 2019) 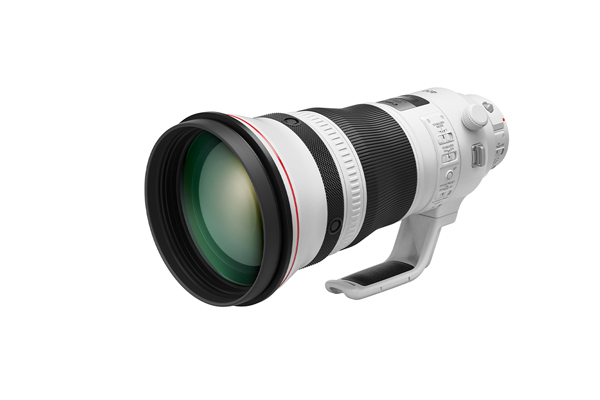 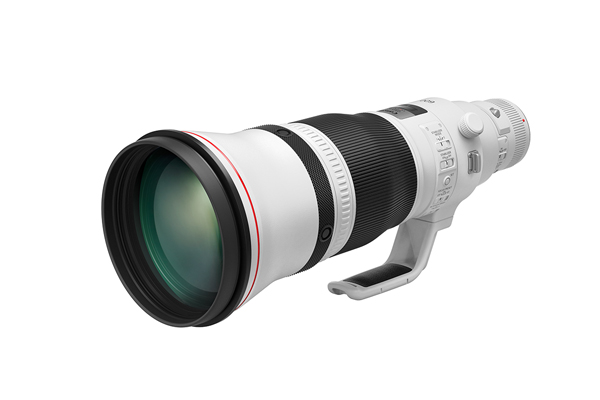