TOKYO, November 11, 2019—Tomomichi Nakamura, for his work "Like Ants," was declared the Grand Prize winner of Canon's New Cosmos of Photography 2019 (42nd edition) photo competition at a public meeting of the Grand Prize selection committee held at the Tokyo Photographic Art Museum on Friday, November 8. 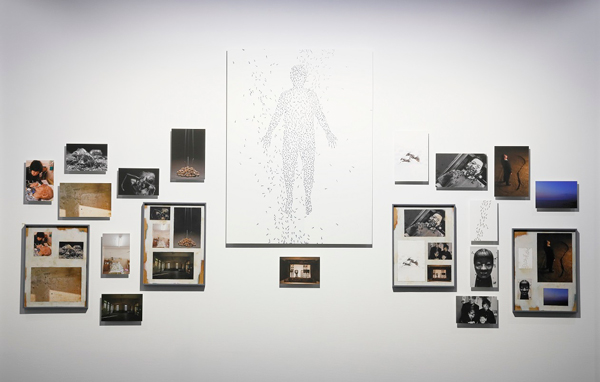 In addition to ¥1 million (approx. US$ 8,840) in prize money, Mr. Nakamura was awarded a Canon EOS R mirrorless camera and RF24-70mm F4 L IS USM lens and the right to hold an exhibit of new work at the New Cosmos of Photography 2020 Tokyo Exhibition to be held in fall of next year. Details of the Grand Prize public selection committee meeting will be made available on the New Cosmos of Photography website.

The New Cosmos of Photography is Canon's cultural support project to discover, nurture, and support new photographers who pursue new possibilities in creative photographic expression. The annual contest, launched in 1991, has been open to the public regardless of the age or nationality of entrants or the number or format of entered works. As such, the contest encourages the creation of original works that push the boundaries of photography's potential and systematically assists and nurtures award winners through exhibitions and published collections of their winning works as well as through publicity on the New Cosmos of Photography website. To date, the New Cosmos of Photography contest has accepted 31,357 entries from both individuals and groups, and has turned out a great number of outstanding photographers who are enjoying widespread success around the world. As a result, the contest has come to be regarded today as a gateway to success for new photographers. 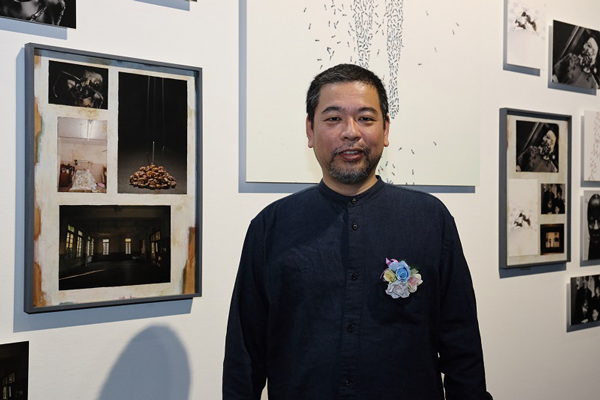 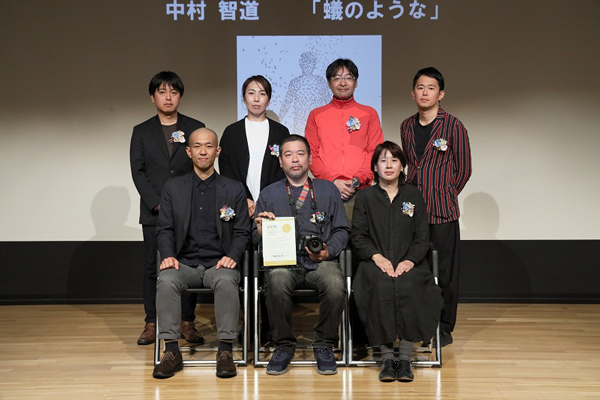 "While I was making a video work, my father became totally paralyzed from a brain stem infarction. For four years he fought his illness, but because of my work commitments, I wasn't able to do much up until the very end of his life.
After his passing, I suffered a liver failure and depression form overwork and led a life battling an assortment of other ailments.
This work is my awakening to the state I'm currently in. I had been an animator, but I was incapable of working because multiple health issues made it impossible to draw. So I turned my ideas into a work of photography. I decided to make a work in some form or other. And this is it—a video work that does not move, with an image formed by multiple photographs.
The steel frames reinforce the image.
Black clothes are the clothes of a funeral, but I found this modality of black clothes to be like ants."

Asked about their thoughts on receiving the award, Mr. Nakamura said, "I consider myself very fortunate to have won this award. However, I believe there is still much room for me to learn and grow as an artist. I am happy that I've been able to contribute something to the world of art, and I hope that I may continue to do so. The act of creating artwork, of giving form to an idea, is a very powerful thing. I am very grateful to everyone involved for this opportunity."

The following is a comment from Ms. Rineke Dijkstra, a member of the selection committee who selected Mr. Nakamura's work at the Excellence Award selection stage: "I'm so pleased that Mr. Nakamura was chosen as this year's winner. There is such a strong emotional connection, and that's very important for what we do. He created a wonderfully poetic series about the death of his father, using this metaphor of 'ants'. It captures the complex body of emotions he felt when his father died, and he used 'ants' as a metaphor. When he was a child, he played with ants, and during the loss of his father, he felt so powerless, and he compared his experience with that of the ants. It's about loss and melancholy…so many different emotions which are very intimate and realistic, and it uses such beautiful ways to visualize that. I hope he will have a great career and create many more powerful works."