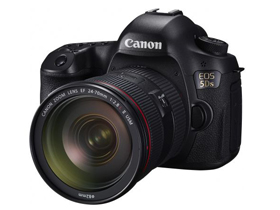 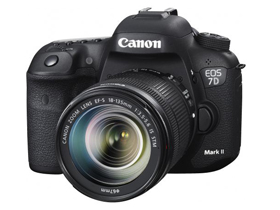 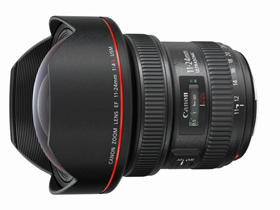 The annual EISA awards are decided by a panel of expert groups representing nearly 50 special-interest magazines from up to 20 European countries. The awards recognize new products released during the past year in Europe that combine the most advanced technologies, the most desirable features, expressive design, satisfying ergonomics and outstanding value. Started in 1982, this year marks the EISA awards' 34th year.

Canon won its first EISA award in 1984 for the T70 SLR camera and, since 1989, has received awards every year for the past 27 years. To date, a wide range of Canon products and technologies in such product categories as digital cameras and digital video camcorders have been honored with a total of 65 EISA titles on 30 occasions.

The latest EISA accolades for the EOS 7D Mark II and EF11-24mm f/4L USM mark the third major awards for the camera and lens, with each having already won a 2015 TIPA (Technical Image Press Association) award4 and a 2015 Camera Grand Prix Japan award.5

About the EOS 5DS and EOS 5DS R digital SLR cameras, the EISA jury noted that the two models, described as “the highest resolution full-frame DSLRs on the market,” provide photographers with a choice: the 5DS, equipped with an optical low-pass filter that suppresses digital imaging artifacts, and the 5DS R, which cancels the effect of the low-pass filter for the sharpest images possible. The cameras' 50.6-megapixel sensor, Dual DIGIC 6 processors, reduced mirror vibration and reliable metering deliver “superb image quality” while the 61-point High Density Reticular AF with 41 cross-type AF points ensures “reliable and fast AF performance.” In summing up their choice, the judges called the EOS 5DS and EOS 5DS R the “perfect choice for professional photographers for whom ultimate image quality really matters.”

Calling the EOS 7D Mark II “one of the best APS-C DSLRs ever made,” the EISA jury was impressed by the features it offers that are normally only made available in professional full-frame models. The judges noted that the camera's 65-point AF system achieves “fast and responsive focusing in a wide range of conditions” and also highlighted its 10-frame-per-second continuous-shooting capability and large buffer capacity, even when capturing RAW images. With “superb” build quality and full weatherproofing that “can cope with almost any conditions,” the jury declared the 7D Mark II “perfect for sports, action and wildlife photographers who like to capture the most fleeting moments.”

The EISA judges found the EF11-24mm f/4L USM to be “one of the best wide angle zooms ever made,” going on to describe it as “an absolutely outstanding piece of glass.” In addition to delivering “class-leading image quality with exceptional sharpness at all settings, even [for] high-resolution sensors,” the jury lauded the lens's “superb” construction, featuring weather sealing for protection during outdoor use, and its fast and silent autofocusing capabilities. For full-frame users who specialize in landscape, architectural or interior photography and demand exceptional optical performance, the judges said, “Look no further [than the EF11-24mm f/4L USM].”