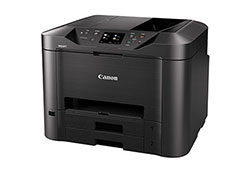 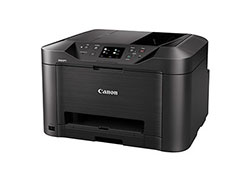 In October 2014, Canon launched the MAXIFY MB5350 and MB5050 as part of the initial lineup of the MAXIFY series, an all-new brand of business multifunction inkjet printers. Delivering high-speed output performance, the MAXIFY MB5350 and MB5050 each employ a printhead and an efficient paper-feed system that was newly developed specifically for the MAXIFY series, making possible exceptional productivity in response to the needs of business users. Furthermore, the two inkjet printers offer symmetric, simple body designs with an exterior color that is well suited to a variety of office environments and feature compact body designs enabling installation even in small-scale offices with limited space.

Canon's MAXIFY-series inkjet printers have garnered high acclaim for their exceptional designs, earning a spot among the Good Design Award 2014: Best 100 (Japan), as well as being selected for a 2015 iF Design Award (Germany), an accolade that sits alongside the Red Dot awards in terms of international prominence. Encouraged by the recognition of the Company's design excellence, Canon will continue striving to realize products that combine the highest levels of performance and design.

About the Red Dot Design Awards

The Red Dot Design Awards, founded in 1955, are among the most prestigious design awards in the world. Separated into three categories—Product Design, Communication Design and Design Concept—the awards are presented to the most outstanding designs for products launched within the past two years. This year, companies and designers from 56 countries and regions submitted a total of 4,928 entries to the Product Design category, which were reviewed by a panel of internationally renowned design professionals based on such criteria as their level of innovation, functionality and ergonomics. All of this year's winning products, including the Canon MAXIFY MB5350 and MB5050, will be showcased at a special exhibit to be held from June 30 to July 26 at the Red Dot Design Museum in Essen, Germany.