TOKYO, October 25, 2016—Canon’s initiatives to tackle climate change have been recognized by the international non-profit organization CDP,1 based in the United Kingdom, earning the Company its first inclusion on the Climate A List. 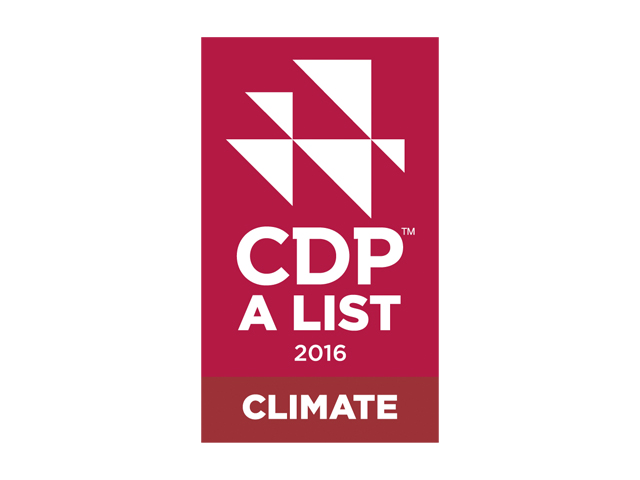 Since 2003, the CDP has evaluated major companies worldwide on their efforts to tackle climate change. The evaluations are based on information disclosed in response to questions sent to the companies2 regarding business risks and opportunities associated with greenhouse gas emissions and climate change. In 2016, approximately 6,000 businesses were assessed, of which 500 were Japanese. The evaluation ranks companies on a scale from A to F, with A being the highest, and Canon was declared one of the 193 companies in the world to make the A List.

Under its Action for Green environmental vision, introduced in 2008, Canon set a goal of annually reducing lifecycle CO2 emissions for each product by 3%, and is proactively making efforts through such initiatives as energy-saving activities at manufacturing bases, a modal shift in distribution, reduced energy consumption during product use, product remanufacturing,3 reusing parts and recycling consumable goods. As a result, in 2015, lifecycle CO2 emissions per product were approximately 30% of those in 2008—successfully achieving an average reduction of approximately 5% a year.

Canon’s Action for Green environmental vision aims to realize a society that promotes both enriched lifestyles and the global environment through technological innovation and improved management efficiency. Throughout the entire product lifecycle—Produce, Use, Recycle—Canon continues to expand activities with its customers and business partners to reduce environmental burden in pursuit of this environmental vision.