Season 3 of the acclaimed Tales by Light photography series will stream globally* on Netflix from December 21. Following the success of the first two seasons of the Canon Australia-produced series, Tales by Light 3 takes viewers behind the lens and into the minds of three new photographers, each motivated to harness the power of images to draw attention to and inspire the world to protect some of the most beautiful and vulnerable aspects of our world: children, the ocean and Australian Indigenous culture. 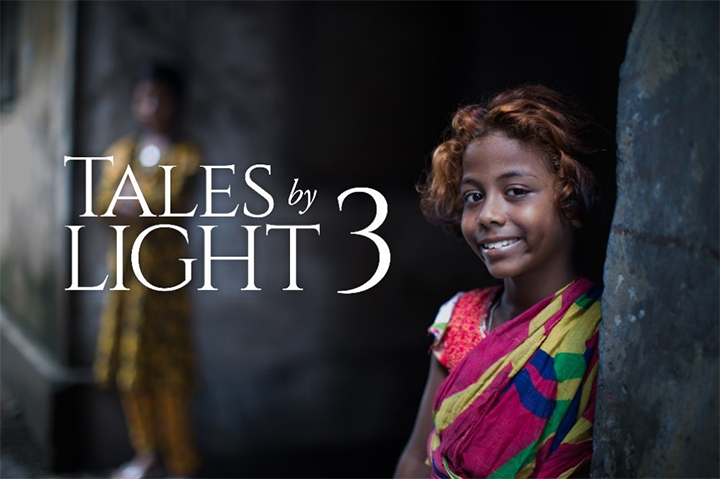 "Tales by Light was conceived here in Australia and we're thrilled that it has been so well embraced by photographers all around the world so far on Netflix," says Jason McLean, Executive Producer and Director of Canon Australia's Consumer Imaging division. "We look forward to the response to Season 3 where the subject matter focusses on the power of an image to connect people and give a voice to aspects of our world that don't have one of their own."

"As the Australian arm of Canon, we're also very proud to feature the story of an Indigenous Australian photographer preserving and celebrating the largely unknown yet still vibrant examples of living Aboriginal culture being practiced today."

Produced once again, by Abraham Joffe, ACS Cinematographer of the Year 2017 and Canon Master, Series 3 of the series follows acclaimed photographers Simon Lister, Shawn Heinrichs and Dylan River as they traverse fascinating and often challenging environments to tell important stories:

The power of an image

Through richly detailed motion and still imagery, Tales by Light 3 focuses on the stunning beauty and critical vulnerability of people, nature and culture to inspire real change.

"By engaging us emotionally, images cross cultural or geographic boundaries and connect with us on a human level," continues McLean. "In Episode One, Simon and Orlando highlight the plight of almost 3.5 million children working to survive each day in Bangladesh.

"Children living in Bangladesh's urban slums are denied their basic rights on a daily basis," said Edouard Beigbeder, UNICEF Representative in Bangladesh. "Rights such as healthcare, access to clean water and education. There are almost 3.5 million children currently working in Bangladesh, many in hazardous jobs that put their health, education and futures at risk."

In Episode Two Shawn Heinrichs incites passion and urgency in the need to preserve our natural habit while in Episode Three with Dylan River who looks to highlight the rich culture and heritage of Australia's First Nations' people.

These scenes inspire hope, other times they're confronting, but through them we have the chance to consider things that we might not have otherwise."

Kicking off the season, the episode Children in Need looks at the impact an image can have on creating connections across the globe and generate much needed support for people living in poverty.

Episode One – Children in Need

Photographer Simon Lister has focussed his personal passion for photography to capture visual stories of the children struggling to survive in the world's poorest regions. Together with UNICEF Goodwill Ambassador Orlando Bloom, Simon's mission is to meet children living below the poverty line and connect with the humanity that resides in all of us.

Simon Lister dedicates his spare time outside running his successful recording business to travelling and sharing the issues facing those in the world around us though his imagery. These travels have been entirely self-funded pilgrimages of passion, fuelled by a pure heartfelt love and earnest desire to share all that he has witnessed. He wants to incite action from his audiences by connecting them to the world and spotlighting the tales of those he meets.

"People only protect what they love" – Shawn Heinrichs, an Emmy Award-winning cinematographer and conservationist, seeks to connect the global community with the beauty and vulnerability of threatened marine species by capturing inspiring and dramatic imagery of the region of Raja Ampat in Indonesia.

Shawn Heinrichs has spent the better part of five years chasing shark-fin operations in the high seas to show the sobering reality of what they were doing. In discovering the state in of the reefs and the sparsity of sharks, Shawn sent his footage to Wild Aid, which has been working on a long-term shark-finning project in China. Wild Aid included the footage in an impactful commercial, with the support of the Chinese Government it was aired on prime-time state media to hundreds of millions of people. The commercial has reduced shark fin consumption by 70-80% in China – all due to one image.

Dylan River is an award-winning Aboriginal filmmaker and photographer from Alice Springs. He comes from a family of acclaimed storytellers and filmmakers. Dylan's mission is to seek out largely unknown but still living examples of Australian Aboriginal culture to document and preserve them.

Dylan River's goal is to capture the culture and heritage of Australia's First Nations people so that it can be relayed for future generations. Dylan's exploration of Indigenous culture demonstrates how important it is that these stories are captured and treasured by our nation for the world.

The director and producer

Abraham Joffe ACS is an internationally recognised and award-winning Australian filmmaker, voted ACS Cinematographer of the Year in 2017 for the Tales by Light series. Abraham directed and produced Tales by Light with his team from Untitled Film Works and has filmed professionally in more than 40 countries across all seven continents. These experiences have helped forge the striking aesthetic style that shines through his work. His natural curiosity and passion for the extraordinary were behind the decision to build on his partnership with Canon for Season 3.