Canon announces the CXDI-RF Wireless B1, a new wireless digital radiography device that supports a wide range of imaging techniques including fluoroscopy and general radiography

TOKYO, March 25, 2021—Canon Inc. announced today the launch in Japan of the newest product in the company's lineup of digital radiography (DR)1 devices—the CXDI-RF Wireless B1. 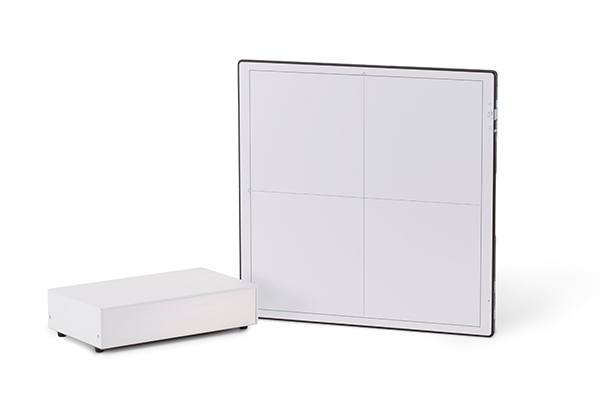 The new device supports full-size (app. 17 in x 17 in) wireless DR imaging2. Not only is the device ideal for imaging using various techniques and the imaging of various parts of patients' bodies, thanks to its superbly portable design, it can be used in a wide range of scenarios, thus reducing the workload of operators.

In addition, the CXDI-RF Wireless B1 features Canon's new Built-in AEC3 Assistance technology announced today in a separate press release by the company. With this technology, the device's X-ray image sensor is comprised of pixels that can either generate images or detect in real time the pixel value4 corresponding to emitted X-rays. The CXDI-RF Wireless B1 is the world's first DR device possessing this technology to receive marketing approval5.

Among the various DR imaging techniques including fluoroscopy, in which barium moves through a patient's body while either emitting X-ray pulses or continuous X-ray to serial imaging, throughout which x-ray contrast differences are read in real-time on a monitor; and general x-ray imaging of such parts of patients' bodies as the chest, abdomen, bones and joints.

The CXDI-RF Wireless B1 is capable of performing a wide range of techniques including these. What's more, the device weighs approximately 3.5kg and realizes a design that ensures it may be easily carried, enabling operators to easily hold the device during imaging in position or carry it with them using only one hand. Using the dedicated control software, captured images are quickly displayed, making possible faster image checking and support for a wide range of workflows.

With conventional radiography systems, the X-ray imaging device employs a separate, externally attached device for detecting electrical current corresponding to emitted X-rays in order to manage patients' radiation dosages. However, Built-in AEC Assistance technology used by the CXDI-RF Wireless B1 utilizes the pixels in the device's X-ray image sensor to generate images while simultaneously detecting in real time the pixel value corresponding to emitted X-rays. Thanks to this new technology, there is no longer a need for an external AEC sensor for the radiography stand or table, thus supporting the needs of professionals in clinical environments where external AEC sensor may not be usable.

Canon will commence sales of the CXDI-RF Wireless B1 from late August 2021.