TOKYO, July 5, 2022—Canon Inc. announced today the launch, in markets outside of Japan1, of the CXDI-Pro series of wireless digital radiography (DR2) devices, including the CXDI-703C Wireless sensor unit, that are ideal for a wide variety of application in medical treatment facilities. 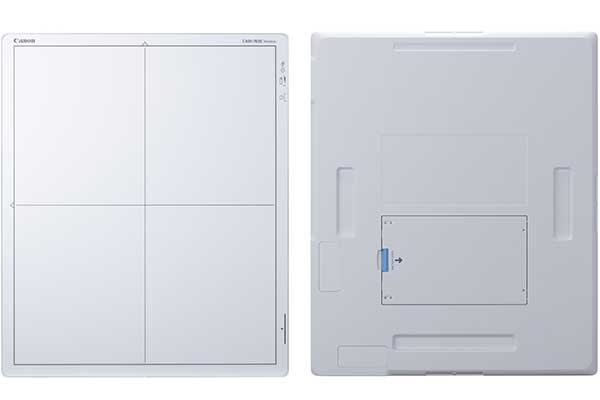 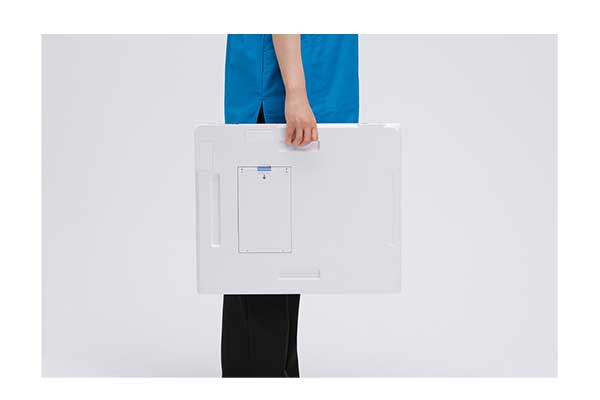 In recent years, there has been growing need for DR devices that provide both ease-of-use in a variety of imaging scenarios as well as higher image quality to support greater diagnostic accuracy. In addition, as such technology continues to evolve, there is a concerted effort to minimize patients' radiation dosage.

With the aim of meeting such needs for a wide range of customers, Canon has launched two new series of devices under its CXDI brand of DR devices—the CXDI-Pro series, which features enhanced basic functionality and ease-of-use, and the CXDI-Elite series that provides even greater performance and functionality. The CXDI-Pro series maintains the same basic functionality of its predecessor model3 while realizing an improved body design and circuit architecture that facilitates greater ease-of-use and reduced workload for medical professionals.

The CXDI-Pro series employs the lightweight, half-size CXDI-Pro series CXDI-703C Wireless sensor unit, which weighs approximately 2.9 kg4. The new series, designed to reduce the physical burden on patients, inherits the same IP55 standard5 compliant dust and water resistance of predecessor models allowing for frequent cleaning of the imaging portion and protecting the device in operating rooms and other environments where stray droplets are common. The device design also has fewer connection seams and visible screw heads in surfaces that come in contact with patients.