TOKYO, January 16, 2023—Canon Inc. announced today that the company has developed a terahertz device with a compact size and world's highest output1. Leveraging the semiconductor device design and manufacturing technology cultivated over its long history, the company has produced a device that realizes both high output and high directivity2. In the years to come, terahertz technology is expected to be widely used in such fields as next-generation sensing and data transmission. 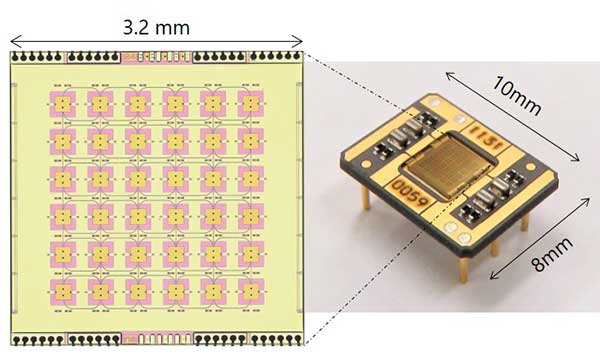 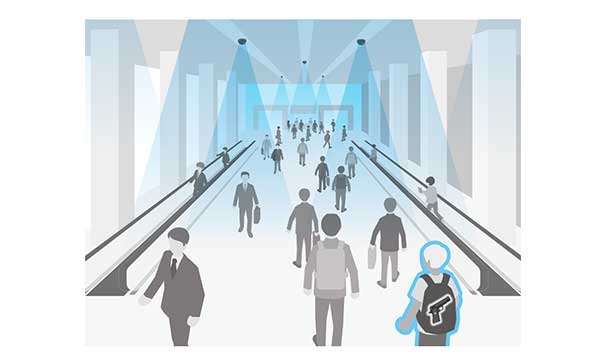 Terahertz waves are a type of electromagnetic wave that possess a wavelength between that of radio waves and light while possessing characteristics of both. Compared with widely used X-rays, they are ideal for scanning underneath the surface of objects without causing harm to the human body. Thanks to such characteristics this technology is expected to be utilized in locations that experience heavy pedestrian traffic, such as entrances to amusement parks and event spaces, making possible security countermeasures with high throughput that do not disrupt the flow of pedestrian traffic. What's more, there is ongoing experimentation towards the use of terahertz waves in next-generation 6G signal transmission, and there is potential for use in high-speed, high-volume data transmission. The new device developed by Canon produces output that is stronger than terahertz waves and more easily directed, thus contributing to technological innovation and product development, including the aforementioned applications, in a wide range of fields, as well as assisting the development of industries and societies that utilize terahertz wave technology.

One of the most pressing issues for terahertz technology is that devices that generate terahertz waves require a high electrical output, and therefore large-sized components. Canon's newly developed semiconductor device, however, employs "Resonant-Tunneling Diodes (RTD)"3, which is characterized by the emission of terahertz waves from an "active antenna," i.e., an antenna that is integrated with a semiconductor device. Thus, there is no longer any need for frequency multipliers4 and other such components utilized in conventional devices, allowing for a device size that is approximately 1000x smaller5.

Thus far, creating compact devices that utilize RTDs results in lower output. However, Canon has successfully developed an active antenna array, which contains 36 active antennas on a single semiconductor chip, and is able to combine the output of all antennas, thereby making possible a world-highest output of approximately 10x6.

Another challenge facing terahertz wave technology is that terahertz waves emitted by antennas of conventional devices tend to disperse and thus cannot travel long distances. Canon's proprietary design technology has enabled the synchronization of all antennas in an antenna array. As a result, the company has achieved high directivity, approximately 20x7 that of a conventional single-antenna device, without the need for lenses or other optical technology. This in turn makes possible long-range imaging and signal transmission using a more compact device.

Terahertz waves are electromagnetic waves, located on the frequency band between radio waves and light waves, that possess the strong penetration and directivity of light waves. Its frequency is defined as between 100 gigahertz (GHz) and 10 terahertz. Its properties make it potentially well-suited for security applications such as body scanning, non-destructive inspection of such surfaces as automobile paint coatings and use in next-generation 6G signal transmission. 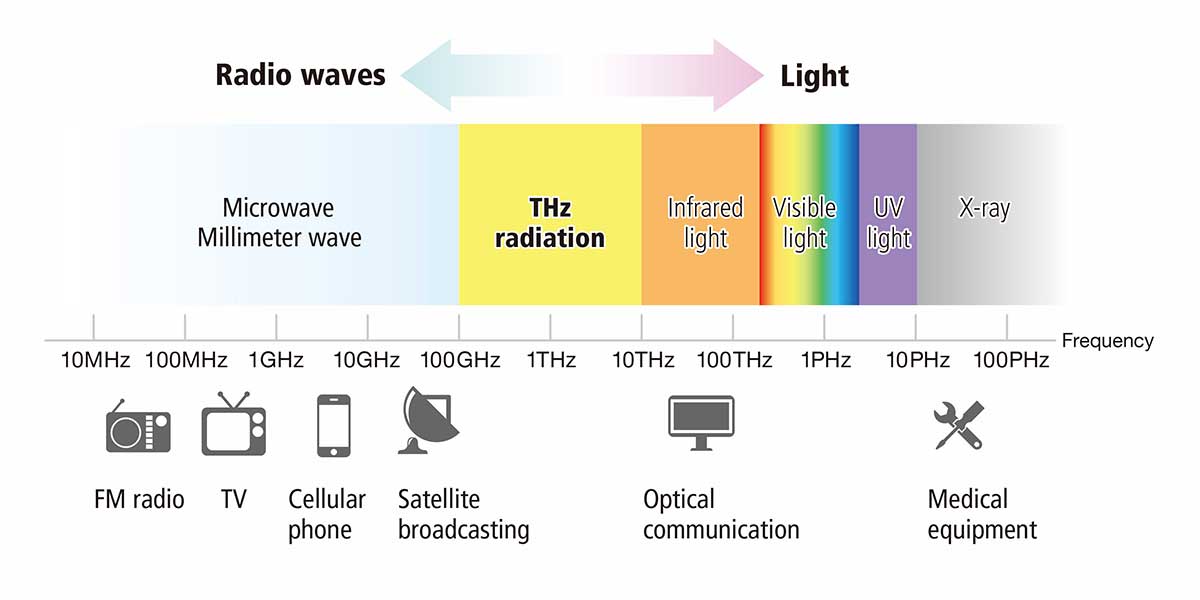 Radio wave and light frequencies and their applications

About the currently-in-development terahertz device

Canon has successfully developed an active antenna array integrated with a semiconductor chip that is able to output terahertz waves. There is no need for such additional components as frequency multipliers, horn antennas8 or lenses, allowing for a device size that is approximately 1000x smaller. The device's more compact size enables the utilization of terahertz devices in cameras, smartphones and other electronic devices, thereby adding to the range of potential use cases for terahertz waves.

Using its proprietary antenna design technology, Canon has successfully synchronized 36 active antennas on the order of one picosecond (one trillionth of a second) accuracy. As a result, the company has achieved high directivity, approximately 20x that of an asynchronous antenna array, without the need for lenses, horn antennas or other optical technologies This in turn makes possible long-range imaging and signal transmission using a more compact device.

Canon's proprietary high-frequency filter design counteracts noise, which is more likely to occur as the number of active antennas grows. As a result, electronic efficiency is approximately 1.4x that of conventional technology9.

Real-time active imaging, using Canon's newly developed terahertz device, is capable of detecting and recognizing concealed weapons (including firearms and ceramic knives) underneath clothing of people walking past from a distance of several meters (for more information, please see the demo video below). In the near future, this technology is expected to be utilized in locations that experience heavy pedestrian traffic, such as entrances to amusement parks and event spaces, making possible security countermeasures with high throughput that do not disrupt the flow of pedestrian traffic. 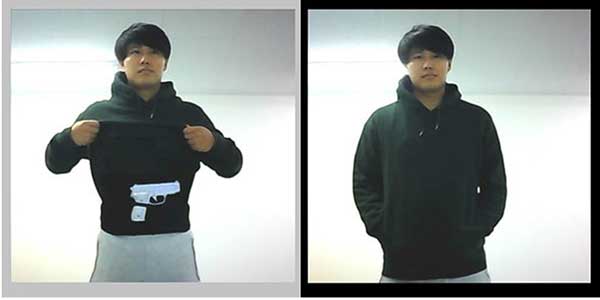 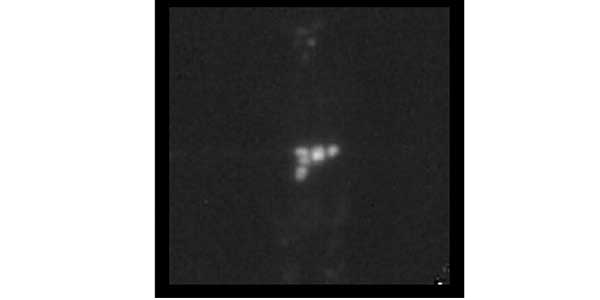 The research paper describing Canon's newly developed terahertz device can is available in the Volume: 12, Issue: 5, September 2022 issue of the scientific journal "IEEE Transactions on Terahertz Science and Technology" published by the Institute of Electrical and Electronics Engineers: IEEE.