TOKYO, September 19, 2019—Canon Inc. announced today that the company is developing a remote-control solution for still photography that would realize remote operation for the company's interchangeable-lens cameras for professional users. The use of technology that enables the remote operation of cameras for still photo capture has been growing in such journalistic fields as sports coverage. Canon is moving forward with the development of a remote-control solution that enables remote operation of the company's interchangeable-lens cameras while taking the needs of users from around the world into consideration.

The remote-control solution under development 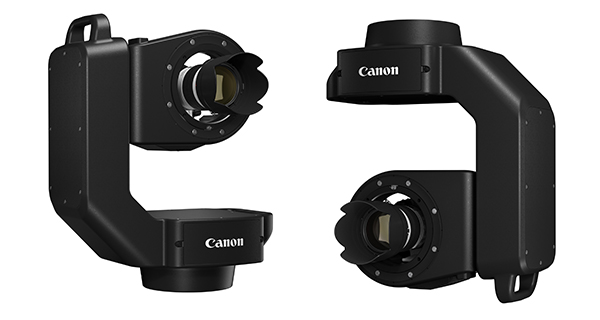 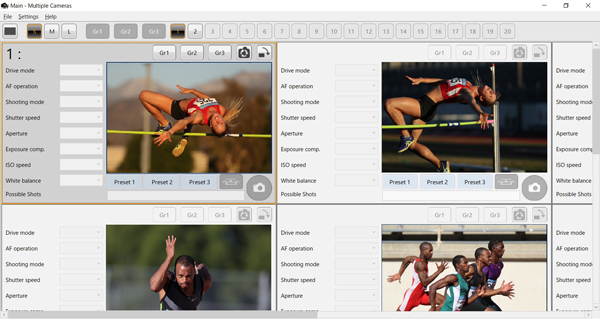 The solution currently under development employs a center-based system where the camera's optical axis is perpendicular to the unit's axis of revolution to make possible operation with a similar feeling to traditional shooting methods. Aimed at stills photographers, the remote-control solution mainly comprises the Remote Control Pan-Tilt System and Camera Remote Application, which can control multiple Remote Control Pan-Tilt Systems and cameras from a single PC. Enabling a single operator to control multiple cameras, the solution will contribute to enhancing the efficiency of photography workflows for journalists in the field.

Canon's new solution makes possible image capture from a variety of angles and viewpoints, allowing photographers to shoot images not possible through conventional shooting methods and capture the emotion and decisive plays of top-class athletes engaged in fierce competition. Going forward, Canon aims to create a system suited to a wide range of shooting needs that go beyond press coverage of sporting events, from use in TV and movie production to e-commerce and product photography applications.

In developing solutions that support press photographers in the field, Canon is further expanding frontiers for photographers to make possible new forms of imaging expression as well as contributing to the development of photo and video culture.