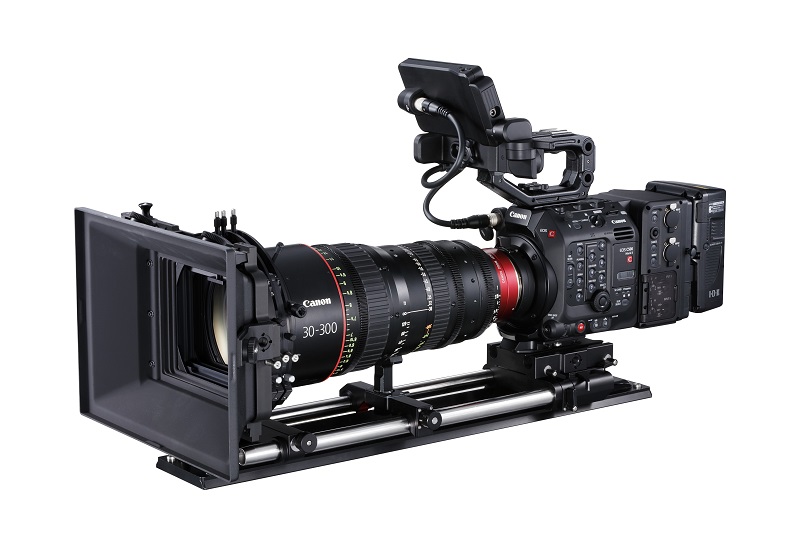 How a digital cinema camera works

A digital cinema camera consists of a body with an “imaging unit” that captures an image of a subject and converts it into an image signal and a “recording unit” that records images to memory, as well as interchangeable lenses and accessories that can be attached to the camera body in accordance with the method of image capture (shooting).

The unit is equipped with a CMOS sensor that converts light entering through the lens into electrical signals and an image processor that processes the information from the sensor to create image files.

The recording unit records the image files processed at high speed by the image processor onto media. In addition to RAW data recording, which records sensor data in its unaltered format, the Codec Engine compresses images with high image quality and can record in a variety of file formats.

In professional settings, the lens used to shoot each scene can be changed as the filmmaker wishes. A manufacturer must offer an extensive lineup of lenses, including large-aperture lenses with pleasant background blur (bokeh) and wide-angle lenses capable of capturing a large area of the scene.

The high-quality images demanded by professionals are shot not only with digital cinema cameras but also with a variety of accessories. A digital cinema camera must be designed so that its features can be expanded in accordance with shooting, such as a battery expansion unit for prolonged filming and a monitor to check images. Cameras increasingly have interchangeable mounts so that a variety of lenses can be used, including cinema lenses as well as lenses for still cameras.

Ease of editing in post-production is also important

Professional images are normally completed after post-production, which is the process of editing images after shooting. In post-production, if the video data during shooting was not recorded with a wide color gamut (the range of colors that can be expressed) and high dynamic range (the range of light and dark brightness levels that can be expressed), signal noise may appear when the image is edited, and the filmmaker may not be able to express their ideas as intended. This is why digital cinema cameras emphasize the ability to record color gradations of such subjects as the sky, dazzling light, and even crows in the low-light environments without losing any data.

Canon's Cinema EOS System is designed for professional cinematography. In addition to the EF lenses developed for digital SLR cameras, the Cinema EOS System consists of digital cinema cameras with interchangeable lenses and accessories. At the core of this system are the EF Cinema lenses. Optimized for video production, the Cinema EOS System delivers high-quality images as well as exceptional mobility and scalability.

In the world of digital cinema cameras for film production, there is a growing call for full-frame CMOS sensors that enable more impressive expression.
Canon has developed a full-frame CMOS sensor that captures a wide range of tones. The sensor is utilized in the “EOS C700 FF” flagship digital cinema camera model and in the “EOS C500 Mark II,” which features a compact design and scalability. The sensor delivers the shallow depth of field and wide dynamic range of a full-frame camera, thus enabling the filming of high-quality images. 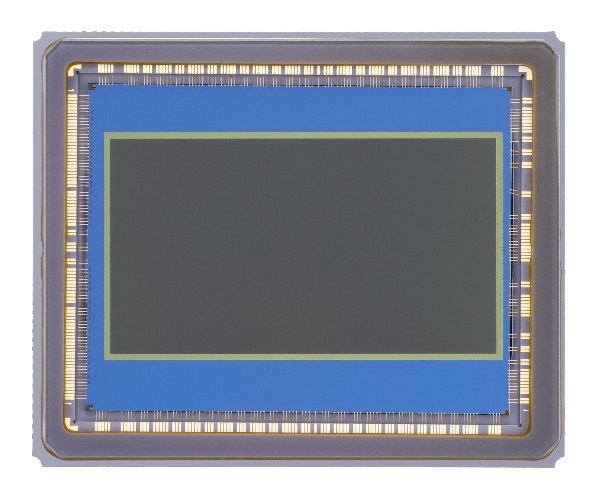 Canon has also developed a 4K Super 35mm DGO (Dual Gain Output) sensor with a size equivalent to Super 35 mm, close to the size of a single frame of a film. The imaging system that Canon recently developed enables HDR filming with a high dynamic range and low noise. 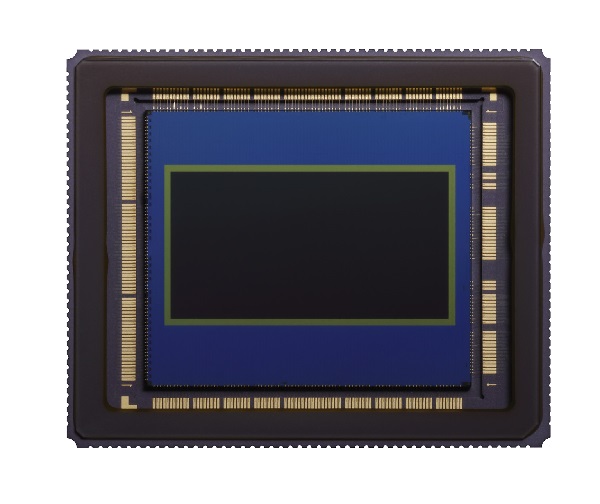 Dual Pixel CMOS AF is an autofocus (AF) technology present in Canon CMOS sensors. Every pixel is capable of both image capture and phase-detection autofocus. Each pixel comprises two photodiodes that capture light independently, and each pixel outputs a signal that can be used for phase-detection AF at the same time as the image capture signal. This enables high-speed, high-precision AF that is smooth, sensitive and superb at tracking subjects, making it ideal for filming.

Since the EOS C 70 was released in 2020, models have been equipped with EOS iTR (Intelligent Tracking and Recognition) AF X, an image recognition technology developed using deep learning. With face detection AF, the development of a new algorithm for head detection has greatly improved the reliability of tracking, even when the subject is facing sideways or turning around, a feat that was difficult in the past.

Canon Log for expression of a wide range of tones

A method of video recording called “Log” is used in professional video production. “Log” is derived from the “Cineon” Log format, which was standardized for digitizing film content with a wide dynamic range. Canon incorporated Canon Log, which has an 800% dynamic range, when it developed the first-generation EOS C300 cinema camera. As the dynamic range of sensors and imaging engines subsequently evolved, Canon developed Canon Log 2 and Canon Log 3, which have a dynamic range of 1,600%* and support 10-12 bit gradation.

For filmmakers, the greatest advantage of using Log is the ability to digitally handle a wide dynamic range that cannot be reproduced with normal video gamma. Canon’s Log format is less likely to produce blackouts and whiteouts, and its wide dynamic range allows shooting with a film-like dynamic range, something that was previously impossible with conventional digital video cameras. Even when, for example, the exposure is set to a bright subject in the foreground, detailed information is recorded, including highlights such as a mountain range in the background, enabling the filmmaker to produce natural-looking images that are close to what the human eye sees.


Highly compatible with your workflow

Workflows using Log allow expression that goes beyond film. “Color grading,” which uses data in post with a wide range of color reproducibility to flexibly adjust tones and color reproduction such as highlights and shadows to create a work of art as intended, is now possible.