Amidst various video productions adopting 8K equipment, Canon has produced "Stand By You," an emotional drama set in Taiwan shot using the Company's proprietary 8K camera and rich lineup of EF Cinema lenses, which cover focal lengths from wide angle to telephoto. The short film features a sense of depth and detail only afforded by 8K equipment and effectively utilizes the aesthetic blurring of out-of-focus areas, a technique often used in film making.
Click the link below to see the short film for yourself:
URL: https://youtu.be/kZuvnbLjuS4 (Approximately 6 minutes) 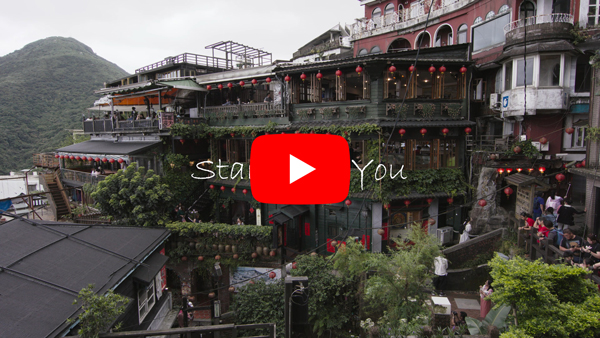 After losing contact with her younger brother, a Japanese woman goes searching for him alone in Taiwan. Unable to speak the language, she is at wit's end when a local man offers to help. The romantic drama follows their heartwarming entanglement across such locations as the streets of Jiufen and the markets of Taipei.

The film's climactic scene takes place at an overlook with a picturesque view of the streets of Jiufen. The skin textures of the people standing in the foreground have been faithfully reproduced while sunlight can be seen filtering through the clouds in the background. Utilizing the high dynamic range of Canon's 8K camera, natural-looking images have been captured without blown out highlights or crushed shadows, even in scenes with stark differences in light and dark areas.

Interview with the filmmakers


Takagaki has been involved in film making for over 20 years. Recently, he has been focusing on productions that make use of such leading-edge technology as 4K, 8K and HDR. He joined TBS TEX Co., Ltd. in 2018 where he works on programs primarily using 8K and other new technologies as well as, of course, producing programs in Full HD.


After graduating from university, Yuasa entered a TV drama production company. She has been working freelance since 2013 and her film "Girl Wavering" has won 17 awards at film festivals both in Japan and overseas. In 2018, her proposal for an original feature film won the highest award at the MPA/DHU/TIFFCOM Pitching Contest. She has worked extensively in the TV drama and movie industries.

— How did you feel about getting involved with this project?

Takagaki:
I've had the chance to use Canon's 8K camera a number of times before, and I have always noticed its high dynamic range and faithful color reproduction. This time we were producing a short film, so it was different to shooting something like a documentary or sporting event. I challenged myself to create something that effectively utilizes the background blurring characteristics of EF Cinema lenses.

Yuasa:
After being approached for this production, I had a chance to look at content shot using Canon's 8K camera, and I was taken aback by the expressive power. It was almost as if they could recreate the atmosphere, temperature and humidity of a scene. My imagination swelled with ideas for this short film as I thought about ways I could harness that expressive power.

— What was your impression of the Canon 8K camera and lenses you used? 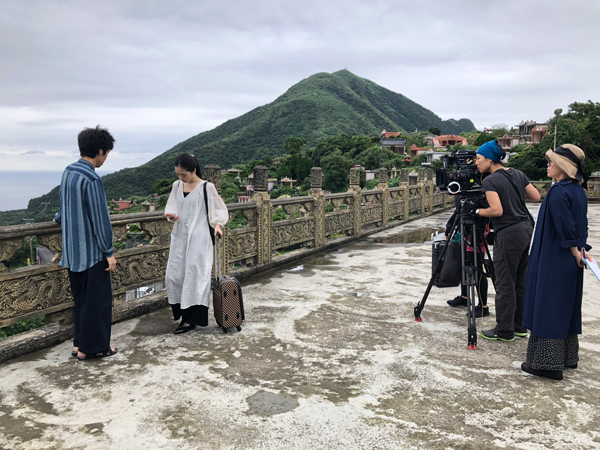 Yuasa (right) at the shooting of the film's climax

Yuasa:
While of course Canon's 8K cameras and lenses make ultra-high-resolution image capture possible, I also feel you can achieve terrific visual expression through their dramatic rendering. I think the ability to capture both light and dark areas—even when there is a stark difference in those values—as well as the detail afforded by 8K and the sense of depth and three-dimensionality are all superbly expressed. I have gotten a real sense of the enormous potential of shooting movies in 8K.

Takagaki:
Canon's 8K camera has a compact camera head that is easy to rotate, so we were able to work with a high degree of maneuverability, even when shooting in tight spaces like the labyrinthine back alleys and markets we used as our locations. Additionally, because Canon's 8K camera can record RAW footage, editing is simple and I think you can produce works that take full advantage of the overwhelming resolution of 8K video, with its detail and realistic reproduction of texture and atmosphere.

— Do you have any future projects in mind where you would like to use Canon's 8K camera and lenses? 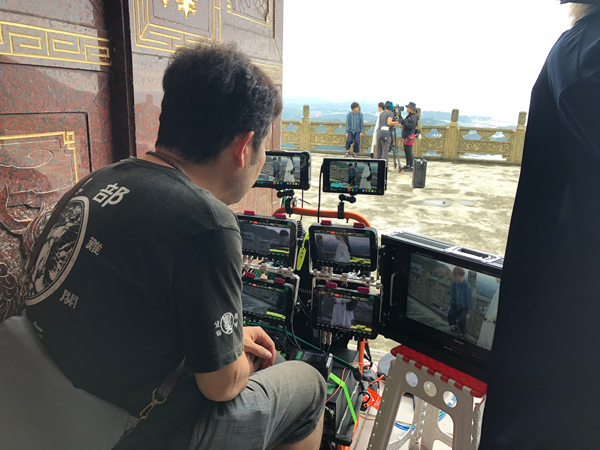 Takagaki checks the images during shooting

Takagaki:
Utilizing the high level of detail afforded by Canon's 8K camera, I would like to take on the challenge of creating something that really pushes the possibility of 8K video to the limit.

Yuasa:
When shooting this production, I truly felt that using Canon's 8K camera and lenses to effectively utilize the extensive blurring of out-of-focus areas allowed us to make the subjects stand out more. I would definitely like to use them again to produce a feature-length drama or film.

— Thank you for taking the time out of your busy schedule to speak with us.

Canon is leveraging its proprietary optical and image-processing technologies to develop a wide-ranging lineup of 8K equipment spanning input to output, including cameras, lenses and reference displays. The 8K camera used to record this content is equipped with a proprietary 8K image sensor that realizes ultra-high resolution of 8,192 x 4,320 pixels—16x that of 2K—a high dynamic range and a wide color gamut, making possible visual expression with textures, ambience and a sense of presence not unlike the real thing. In addition to hardware, Canon is pursuing development of such fully immersive experiences as the Company's Spatial Imaging Solutions, which deliver experiences similar to watching an event in person.

"Stand By You" will be screened on Canon 8K displays as a reference exhibit at the Canon booth at Beijing International Radio, TV & Film Exhibition 2019 (BIRTV) from August 21 to 24, 2019, in Beijing.