Black-and-white photography depicts our world in a unique two-tone perspective.
Expressed through shading and composition, such images highlight the photographer's message and technique, stimulating the viewer's imagination. It remains fresh, even in the age of color photography, and gives artists the opportunity to take on a variety of new challenges and produce one-of-a-kind works of art for the world to enjoy.

How does Canon develop the technology that helps professional photographers create such works of art?

Since black-and-white photography only utilizes different shades of black, many people may think such photos are easier to print than full-color photos.
However, prints from inkjet printers were gradually approaching comparable quality to silver halide photo prints from the age of film cameras. As silver halide photos gradually became replaced in the early 2000's, Canon developers were unable to forget the words of professional photographers, who said that "It is impossible for inkjet printers to recreate the look of silver-halide black-and-white photo prints."
Blacks in the dark portions of photos seemed to lack depth. Gradation between light and dark portions of the photos couldn't match the image that artists wanted to express in their work. There were certainly valid reasons for professionals to argue that it was an impossible feat for inkjet technology at the time.

Of course, "black-and-white" photos are more than just shades of black.
In the age of silver halide photography, there was a near-endless world of recreating coloring on photo paper—including neutral "pure black," red-tinged "warm black" and blue-tinged "cool black." Gradation was adjusted through "soft tones" for a dimmer look and "hard tones" for more visible contrast. The exquisitely precise control of colors and tones involved in the creation of prints is so essential to the practice as to be considered an art form. These photos encapsulate photographers' wishes to express warmth, convey reality and more. Even a slight difference in the ways blacks were used could have powerful effects on those who view them and create rich forms of photographic expression.

Canon developers were shocked and dismayed to be told by professional photographers that it was impossible for inkjet to recreate the same quality of black.
As digital camera and inkjet printer technology continued to advance, there was a rapid decline in demand for silver-halide photography using photo paper. If things didn’t change, it could have meant the end of black-and-white photography as an art form. Canon, feeling a strong sense of duty to contribute to photography culture, set out to develop an inkjet printer that could realize high print quality for black-and-white photographic artwork in the digital age.

Their first idea was to collect about 30 of the most popular black-and-white photo paper available and thoroughly research their characteristics. Meanwhile, work was also underway on developing inks and software.
Through repeated improvements, evaluation and trial and error, Canon developed three new types of ink: "gray ink" which creates smooth gradation; "photo black" which achieves deep blacks of comparable quality to glossy photo paper; and "matte black" which expresses blacks by utilizing the characteristics of matte photo paper.
With the creation of these three new inks, gradation tone of blacks could now be achieved with black-and-white prints on a variety of media.

Overcoming the challenge of varying appearance based on display environment

The next step was to improve the quality of prints when on display.
Thus far, works printed using inkjet printers seemed to vary in tone and brightness based on the environment in which they were viewed, as well as the angle from which viewers stood. Inkjet prints just didn’t seem capable of doing what silver-halide prints could do.

But why, unlike silver halide photos, do factors like color and brightness of prints seem to change depending on environment and viewing angle?
Developers continued to struggle with this problem, not knowing why but continuing their process of trial and error—until they came to the realization that a significant reason why prints appeared different in color and brightness was due to the brightness of the walls of the room in which the photos were displayed.
This was a significant breakthrough. Using the latest light simulation technology, developers quickly set to work on exhaustive research into how light reflects off walls, floors and ceilings. Devising a means of quantifying the colors of prints, they accelerated their research until they finally found out what was the cause of these variations in brightness. The reason was the light diffraction and interference that occurred in the spaces between printed ink droplets. With this knowledge, they succeeded in developing "Chroma Optimizer," which fill the gaps between ink droplets with a special transparent ink.
By removing inconsistencies, Chroma Optimizer makes printed photos appear more sharp, realizes deeper blacks and delivers a high level of quality for display prints that satisfy professional photographers.

Not only black—white also has its own difficulties

Despite their success, developers still had other problems to contend with.
It seemed that environment-based color fading was unrelated to ink.
Whether using glossy or matte paper for inkjet printers, the fluorescent whitening agents made photos shine with a bluish-white tint when exposed to sunlight and portions where no ink was used appeared slightly blue.
Even with neutral, warm and cool black colors, proper expression of gradation is essential to black-and-white photo printing. Naturally, this posed a significant challenge.
To solve this problem, Canon decided to develop its own paper. Not only did the new paper use much less optical brightening agents, it offered greater color reproduction than ever before.
Having developed new inks and papers, Canon was finally able to achieve inkjet black-and-white photo printing with the finest quality.

Having achieved image quality that was acknowledged and trusted by professional photographers for their work gave Canon a huge confidence boost.
But developers had the lingering feeling that stopping after only recreating silver-halide image quality wouldn’t allow Canon to create a new photography culture. As a leading manufacturer of cameras and printers, the company would continue its development efforts not only to help preserve photography culture, but also help it grow further by leveraging the potential of black-and-white photography.

Canon studied print media from around the world

To professional photographers, photos are works of art—everything from the look and feel of the photo paper to the environment in which the photo is displayed are important elements of artistic expression. Canon procured more than 100 different types of print media used for art from around the world, including glossy photo paper, fine-art paper, Japanese washi paper, film and baryta paper. Researchers performed exhaustive testing on each type of paper for such factors as color reproduction, resistance to weathering so that the photos could be displayed as artwork for longer, and compatibility with printers.

Quality testing with a chemical substance designed to mimic perspiration

But developers didn't stop there. They also thoroughly tested how photo quality would be affected by exposure to various elements and substances including light, water, ozone gas, alcohol and perspiration. In addition, they created software that allows users to customize their prints based on display environment, personal preference and more. With these advancements, Canon made possible print quality that not only met the expectations of professionals, but exceeded them.

Having helped create the culture of photography through its cameras, Canon had now expanded the possibilities of photographic expression through print technology. In order to continue meeting the expectations of photographers everywhere, Canon will continue to push forward and advance, regardless of what others might say is "impossible." 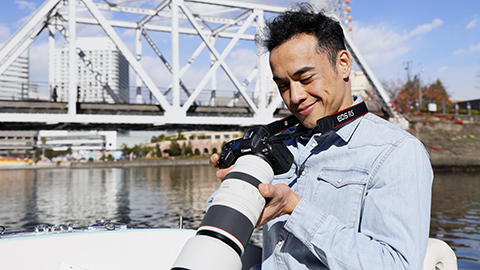 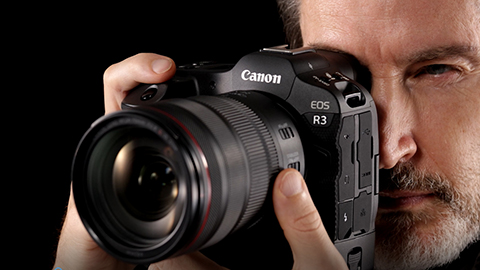 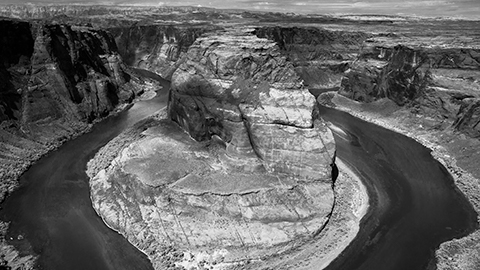 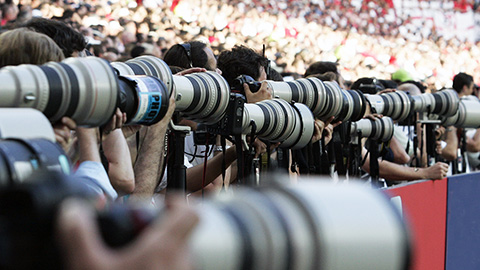 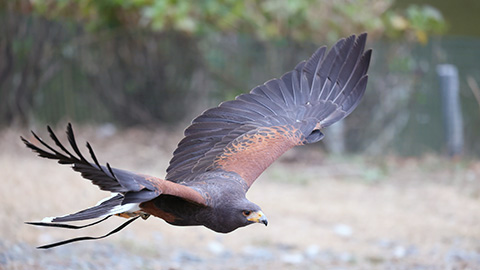